Worried about the implications of additional tax burden on local producers, the Manufacturers Association of Nigeria (MAN) has urged the Federal Government to harmonize taxes/levies/fees payable by businesses in the country so as to attract more investment that would translate to higher productivity and more tax revenue for the Government in the medium and long term.
According to MAN, the principle of a good tax system is predicated on payment convenience, otherwise it could boomerang, leading to crowding out of businesses; more misery to the citizens and even lesser revenue to the Government. 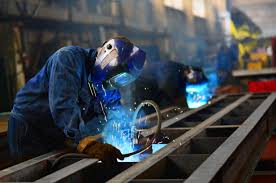 Specifically, the local producers identified the resultant effects of implementing an increased VAT on the manufacturing sector to include slower purchasing power of consumers, sharp reduction in consumption, drop in sales, decrease in production capacity, lower Government revenue, increase in unemployment and stifled economic growth.
The Federal Government had promised to review and harmonise levies across board just as the manufacturers had sought the widening of tax net rather than increasing the rate to meet the growing need for more revenue to address the development objective of the country.
Despite optimism by many firms, according to the latest Business Expectations Survey by the Central Bank of Nigeria (CBN), the surveyed firms identified insufficient power supply (63.3 points), high interest rate (55.2 points), unfavourable economic climate (55.2 points), financial problems (53.0 points), unfavourable political climate (51.8 points), unclear economic laws (48.9 points), insufficient demand (42.4 points) and access to credit (41.4 points) as the major factors constraining business activity last month.
On economic realities and effect of likely hike in taxes, MAN’s Director-General, Segun Ajayi-Kadir said: “In terms of misery index rating, low per capita income, heavily lopsided income distribution pattern, the Nigerian economy will be in a more vulnerable state if VAT is increased.
“No controversy, the burden of the tax would be shifted to the Nigerian consumers that are already struggling, the economy would certainly experience demand crunch, inventory of unsold items would soar, profitability of manufacturing concerns would be negatively impacted, many factories will witness serious downturn or wind down operations.
“This would also worsen the already high unemployment position of the country which is above 23% as Nigerians currently employed by manufacturing concerns and other businesses may join the reserved army of unemployed and further bloat the unemployment rate in the country”.