One of the leading enterprises in the technology sector, Microsoft, has given out some insights from its ongoing cloud computer project. In the latest information shared through their official website, Microsoft announced that the project is set to support the next-generation technology in Quantum computers. 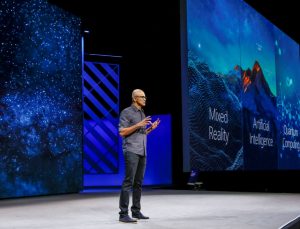 Microsoft’s investment in quantum technology, Azure Cloud Computing, has resulted in a creation of sophisticated software system that will support all kinds of hardware. Although the quantum computers are yet to be seen, technology companies are already putting it into consideration in their recent algorithmic codes.
As per multiple verifiable reports, Microsoft has already created simulations for quantum algorithm, allowing developers to play with the technology while learning more about its potentials.  Coders can run quantum code on simulated quantum hardware, or real quantum hardware from Honeywell, IonQ, or QCI.
Talking about the need for the computer users to get used to latest inventions, Krysta Svore, the general manager for Microsoft Quantum said, “We know that we’re not going to come up with the whole landscape of possible solutions; we need a global community”.
In making sure that the Azure Cloud Computing project meets up with the set expectations, Microsoft partnered with some leading bodies in the quantum computing field, including Honeywell, IonQ and QCI. Although they all put in exceptional efforts and resources in quantum project, they work on different concepts.
At an event that took place in Orlando Monday, Microsoft made it known that the new quantum-related project will be launched soon.
Businessamlive Website Stats