Oil price hit a 2019 high, above 69 dollars a barrel on Tuesday, on the prospect that more sanctions against Iran and further Venezuelan disruptions could deepen an OPEC-led supply cut, and as the market became less worried that demand may reduce.

The United States is considering more sanctions against Iran, whose oil exports have been halved by existing measures, an official said. 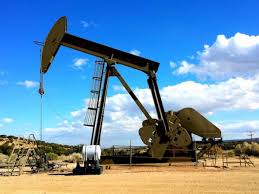 “The supply cuts have been there for a while but Venezuela is not improving,” said Olivier Jakob, analyst at Petromatrix. “That is taking a lot of oil away from the market.”

Further supply losses from Iran and Venezuela could widen an OPEC-led production cut that took effect in January, designed to prevent a price-sapping rise in inventories.

Supply from the Organization of the Petroleum Exporting Countries hit a four-year low in March, a Reuters’ survey found, because top exporter Saudi Arabia cut more than it had agreed to and due to the involuntary declines.

This week’s reports on U.S. supplies are expected to show crude inventories fell, a sign that the OPEC curbs are having the impact producers intended.