Concerns about an impending petrol shortage and price increase have resulted in panic buying among motorists and other consumers of the product in Lagos, Nigeria’s commercial nerve centre, with large queues forming at various petrol stations in the state.

The latest development, monitored by Business A.M. during a survey of some filling stations across the state, comes days after similar scenarios were recorded in Abuja and Ibadan, Oyo State capital.

A petrol attendant at Mobil petrol station located along the International Airport Road in Isolo explained that though the station had adequate supplies, consumers who throng the place in large numbers were anxious over rumours of a “soon to be announced” increase in petrol prices following a recent hike in diesel prices and expectations that the government would soon put an end to fuel subsidy. 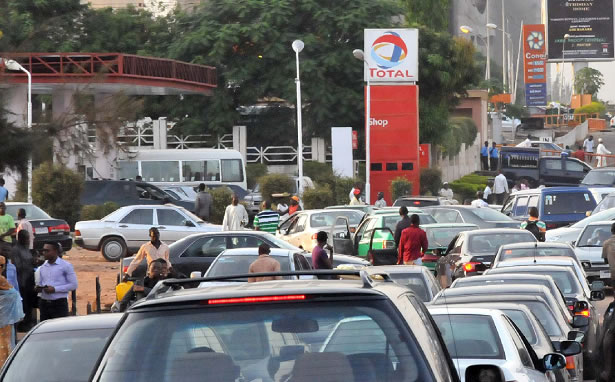 The attendant who spoke on the condition of anonymity added that the station could fall out of supply sooner than expected due to the lingering queue of awaiting motorists.

Adeyeye Taiwo, a motorist, said he had been to several petrol stations and was shocked to see that many had stopped dispensing petrol, saying they were out of stock for the day.

Mike Osatuyi, national operations controller, Independent Petroleum Marketers Association of Nigeria (IPMAN), while addressing newsmen about the fuel supply situation, explained that members of the association had not been getting the required quantity of supplies in recent times, leading to delay in delivery and consequent scarcity of the commodity, with many independent marketers having exhausted their stocks.

Osatuyi blamed the situation on the rising cost of diesel which, he said, has forced petrol transporters to spend more in transporting petrol.

This is in spite of recent assurances by Mele Kyari, group managing director, Nigerian National Petroleum Corporation (NNPC), that the NNPC had significant product in stock.

Kyari had said the corporation had 1.79 billion litres of petrol on ground and was continuing the 24-hour loading at various depots across the country.