MTN Nigeria has continued to show that it is fastly recovering from the aftermath of the coronavirus pandemic which had a negative impact on its half-year results by firing on all cylinders in the last three months of 2020. Thus, the company’s full-year audited 2020 results filed to the Nigerian Stock Exchange show a robust and solid performance in its revenue with 15.1 per cent year on year growth to N1.35 trillion in 2020 from N1.17 trillion recorded in the full year of 2019. 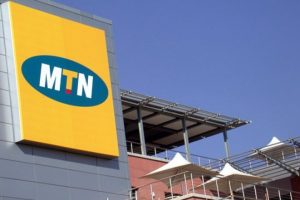 The telecommunications giant’s solid performance in the year disrupted by the global health crisis can be attributed to the 13.9 per cent year on year revenue growth in the third quarter of 2020. Also, the firm recorded an 8.5 per cent year on year growth in its operating profit at N426.7 billion from N393.2 billion in the previous year.

Nevertheless, with a slightly higher tax rate of 31.3 per cent in FY’20 compared to 30.2 per cent in 2019, the profit before tax was reported at N298.9 billion compared to N291.3 billion in 2019; while its net profit came in at N205.2 billion. Due to reduced interest income on amortised costs, MTN Nigeria’s finance income fell by 21.3 per cent year on year to N15.9 billion in 2020. In addition, the finance costs rose 17.7 per cent year on year owing to increased interest expenses and net forex loss.

However, the financial performance of the leading telecoms firm in Nigeria and Africa, demonstrates strong operational execution and resilience in the business.

Meanwhile, the introduction of additional customer registration requirements and suspension of the sale and activation of new SIMs towards the end of the year by the Nigerian Communications Commission (NCC) affected subscriber growth. Despite the directive, the company connected 12.2 million new customers to their Network, bringing total subscriptions to 76.5 million. Active data users increased by 7.4 million to 32.6 million, supported by growth in gross connections and expansion of its 4G network.

The company’s mobile money (MoMo) business also continued to accelerate with a 269.2 per cent increase in the number of registered agents to over 395,000. The active subscribers increased to 4.7 million from approximately 553,000 in 2019.

Data revenue continues to grow with increased data usage and traffic. Although the mid-single-digit voice revenue growth was subdued in the second quarter of 2020 due to COVID-19 induced restrictions, the management had indicated that they saw a pickup in momentum into the second half of 2020.

To accommodate the increased coverage and enhance service quality, the company continues to invest in capacity upgrades and 4G population coverage while expanding investments in rural connectivity. MTN’s 4G network now covers 60.1 per cent of the population, up from 43.8 per cent in 2019. Also, following the result, the company’s earnings per share stood at N10.08 per share versus N9.99 per share in 2019 as the board proposed a final dividend of N5.90 per share, thereby bringing the total dividend for the year to N9.40 per share, representing a year on year increase of 18.7 per cent.

In a statement, Ferdi Moolman, outgone CEO of MTN Nigeria, said: “2020 was a challenging year for all. The unprecedented disruption that the covid-19 pandemic caused the businesses and people we serve, challenged us in new and demanding ways. The impact continues to evolve; the adoption of our data and digital services accelerated as lockdowns and gathering restrictions were imposed, and work from home became the norm for many. I thank the board, management, and staff of MTN Nigeria for the support given to me and the opportunity to serve in Nigeria as I complete my tenure as CEO of MTN Nigeria and assume a new role as MTN Group chief risk officer effective March 1, 2021”.

Meanwhile, during the year under review, there was a major change in the company’s management with the appointment of Karl Toriola as chief executive officer of MTN Nigeria Communications.