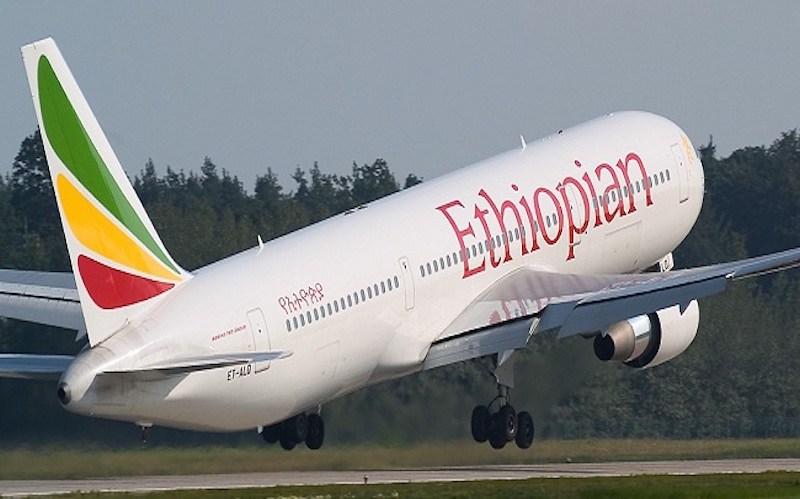 By Samson Echenim
Nigeria’s two biggest cargo handling companies, NAHCO and SAHCO are currently at each other’s neck over Ethiopian Airline cargo handling contract.
The imbroglio between the two major handling firms in Nigerian airports reached climax on Thursday as officials of the two firms engaged themselves physically, bringing business activities at the cargo section of the Murtala Mohammed International Airport, Lagos to a standstill on Thursday.
An eye witness, a customs agent said officials of the Nigerian Aviation Handling Company (NAHCO) Plc seized cargoes of Ethiopian Airlines Cargo and mail services, insisting that it has a legal contract empowering it to handle the airline’s cargoes for three years signed in October 2018.
Business a.m gathered that Ethiopian Airline cargoes were were handled by Skyway Aviation Handling Company (SAHCO) who also have a running contract for the business signed last year.
It was learnt that customs agents were thrown into quagmire as NAHCO seized the consignment while SAHCO kept the documents required for clearing the cargoes.
When Business a.m visited the cargo section, the situation had been brought to calm and agents were seen doing business at the export section.
However, the customs agent, Kemi Dada, who spoke to Business a.m on the matter said the fracas spoilt their business for the day. She said the Coronavirus outbreak in had led to a surge in exportation of certain medical items from Nigeria to China, leading to a temporary boom in exportation at the airport.
She said, “It was a tug of war here today and we could not work. Business activities resumed late in the afternoon. The two companies were fighting over exports meant for Ethiopian Airline.
” We are currently doing a lot of export for the past four weeks and it seems there was a renewed interest about who should handle the cargoes for the airline between NAHCO and SAHCO.”
NAHCO had on Wednesday, announced it had taken over the handling of Ethiopian Airlines Cargo and Mail Services, which was  previously handled by SAHCO.
Tayo Ogunbanjo, head, Legal Services, NAHCO said the development was based on the provisions of the Standard Ground Agreement Service (SGHA) signed on October 1, 2018 between the two companies, adding that the current SGHA agreement between NAHCO and Ethiopian Airlines is for three years.
He said, “Ethiopian Airlines should ideally not have two contracts running on the same cargo handling business. Since we have an existing and bidding contract, we are simply exercising our right as stipulated in that contract.”
Also commenting, Prince Saheed Lasisi, group executive director, Commercial and Business Development, NAHCO, said, “under Section 5 and as stated in Clauses 1.10 and 1.11 of our current contract, NAHCO is entitled to charge Export Terminal Charges to the Exporter and Import Terminal Charges to the Agent or Consignee.”
According to him, consultations were made and clarifications sought before the company embarked on this takeover, carrying along all concerned parties.