Insurance expert have lauded the effort of industry regulator, National Insurance Commission (NAICOM), in preparing insurance firms for the International Financial Reporting Standard 17 (IFRS17) following its recent inauguration of a sub-working group to speed up the adaptability process of the standard, which comes into force in January 2023. 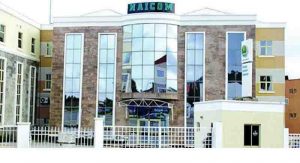 The IFRS 17, established by the International Accounting Standard Board (IASB) to replace the existing IFRS 4, is an international standard for insurance contracts establishing the principles for the recognition, measurement, presentation and disclosure of insurance contract within the scope of the standard.

The IFRS 4 was introduced in 2004 as an interim standard to limit changes to existing insurance accounting practices. Hence, allowing insurers to use different accounting policies to measure similar insurance contracts they write in different countries.

Describing the action of NAICOM as a very good development, Ekerete Ola Gam-Ikon, an insurance industry management and strategy consultant, in a note to Business a.m., said the move is necessary to ensure that more operators understand the expectations and in time for the implementation. “We have learnt from the previous experience when IFRS started and it took years to get acquainted with it due to lack of knowledge and expertise. Very good development as the regulator rises to her responsibilities,” Gam-Ikon said

While IFRS 17 is expected to usher in development in insurance financial reporting, analysts have highlighted some critical aspects, which they say would be in the recognition of valuation and liability.

Fitch Ratings, an international credit rating agency, noted that the major changes for valuation of assets are generally accounted at market values while liabilities are often not. The credit rating agency, however, pointed out that the novel standard would allow for both items to be valued at their estimated market value in addition to it being calculated as the present value of future insurance cash flows with a provision for risk. Thus, reducing or eliminating a mismatch.

Similarly, industry analysts say the novel standard will reflect the time value of money in estimated payments to settle incurred claims against the correct practice which does not consider the time value of money when measuring liabilities for claims as insurance contracts will also be measured based only on the obligations created by these contracts and at current value.

Why IFRS 17 is necessary for insurers

IFRS 17 requires a company to measure insurance contracts using updated estimates and assumptions that reflect the timing of cash flows and any uncertainty relating to insurance contracts. This requirement will provide transparent reporting about a company’s financial position and risk, which will put African insurers on the same level playground with the rest of the world.

Notably, IFRS 17 requires a company to recognise profits as it delivers insurance services – rather than when it receives premiums – and to provide information about insurance contract profits the company expects to recognise in the future. This information will provide metrics that can be used to evaluate the performance of insurers and how that performance changes over time.

Speaking on the best position that would allow insurers quick adaptability, Gam-Ikon noted that the changes will follow processes that will result in higher operational costs and build relevant knowledge through the engagement of consultants, adding that insurers only need to invest in getting the right people on this journey.