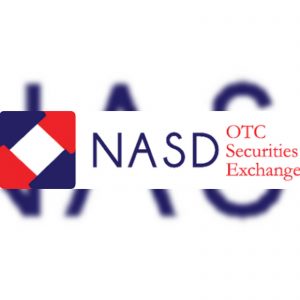 The NASD Over-the-Counter (OTC) Securities Exchange has disclosed that amid pandemic, the exchange recorded a surge in aggregate capitalization.

Bola Ajomale, the managing director of the unquoted first stated this in a webinar held on Friday with the theme, ‘New World, New Market’.

According to him, NASD market capitalisation grew 5 per cent by N24.5 billion between January and June to N525.59 billion with a higher growth of N16.8 billion recorded in the second quarter while N7.7 billion was recorded in the preceding period.

The growth, he said, is attributable to the admittance of three new securities – Great Nigeria Insurance (GNI) Plc; VFD Group Plc; and Newrest Plc, which spurred the market index to rise by 2.5 per cent.

The NASD Plc chief executive said the exchange has added NASD VentureRamp, a primary market as its third business unit to help with crowdfunding from the public after the NASD OTC Securities Exchange and NASD Enterprise Portal (NASDeP), which was launched in 2018 to support private companies.

For the second half of 2020, Ajomale said the exchange is expecting to admit the demutualised Nigerian Stock Exchange (NSE) shares to trade on NASD OTC.

He said the exchange expects three new instruments to be introduced to the market as it awaits rules to be passed on commercial paper and implementation of a new trading platform which is still in progress.

Meanwhile, he also disclosed to the webinar that the exchange will launch a new market to accommodate upheavals brought about by the coronavirus pandemic.

He said the company has had to adjust its operations following the experiences in the first half of the year, as the disruption made it clear that going remote was the future.

He said, “We are launching a new market to accommodate the times. Despite the pandemic, there have been success stories in some quarters.”

“NASD’s new market is structured to facilitate success in our new world,” he added.

According to Ajomale, despite what had seemed like a challenge, the OTC market recorded more activities in the first six months of the year than it did in the whole of 2019, adding that NASD would continue to explore more.

He reiterated that NASD would expand its service points while it makes no change to its value point in terms of building trust, transparency, liquidity, and visibility to its investors and issuers moving forward.

He further explained that as part of its offering to ensure opportunity for companies to raise public capital, it was looking at more initial public offerings (IPOs) and private equities.

He added that the market was aimed at raising debt securities such as from commercial bonds to commercial papers, with consideration to other capital raising instruments such as blockchain and crowdsourcing.

Nigeria to spend a quarter of 2020 budget on debt payment