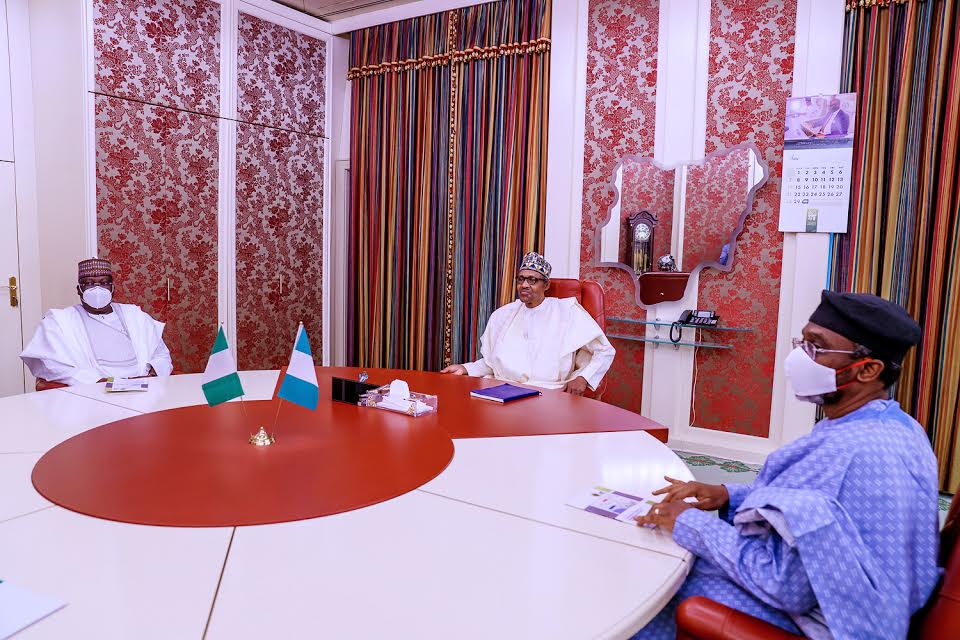 The leadership of the National Assembly is in a president meeting with Mohammadu Buhari at the Villa in furtherance of their mediating role with the electricity distribution companies to halt the planned implementation of higher tariffs effective from tomorrow.

Ahmed Lawan, senate president and speaker Femi Gbajabiamila of the House of Representatives had yesterday brokered an agreement with the Discos to shelve the plan.

At the end of the meeting with Osinbajo, they told State House correspondents that the earlier plan by the distribution companies to hike tariff from July 1 was untimely.