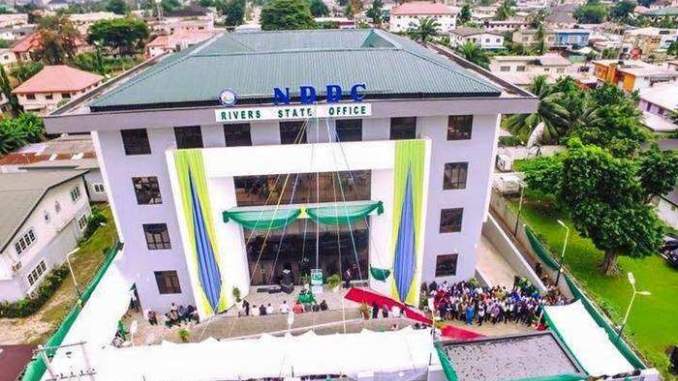 Franklin Essien, president of the cooperative, said that “the idea to float the microfinance bank resulted from the need to harness the vast, but largely untapped economic potentials of the over 1,500 staff of the NDDC; and to provide financial inclusion for many small and medium scale businesses; and most importantly, to capture the unbanked active poor in the region.”

He said “the bank will be incorporated as a subsidiary of NDDC Staff Investment and Credit Society Limited with the name, NDDC Coop Microfinance Bank Limited. This implies that the Co-operative will always retain a controlling interest of a minimum of 60 percent of the total share structure of the bank, while the balance will constitute minority interest equity holdings.”

Mike Baba, a representative of the Central Bank of Nigeria’s director of Financial Policy and Regulation department, commended the NDDC Staff Cooperative for embarking on a microfinance bank project.

He noted that the bank was a good platform for the empowerment of the people of the oil-rich Niger Delta region.

Meanwhile, Joi Nunieh, the acting managing director of NDDC said the coming of the microfinance bank clearly underlines a collective resolve to reposition the NDDC to achieve its core mandate of facilitating the rapid, even and sustainable development of the oil region into an economically viable, socially stable, ecologically regenerative and politically peaceful part of the Nigerian federation.

Nunieh said the floating of a microfinance bank was coming at a most auspicious time when hard decisions needed to be taken to reset the trajectory of the NDDC and avoid the backlash of history. According to her, the initiative would touch the lives of NDDC staff, and also expand the frontiers of opportunities for the people of the Niger Delta region.

She declared that, it was the time for good news and it begins as we collectively embrace the idea of pulling our resources together to build a platform that will make financial products and services accessible and affordable to individuals and businesses, regardless of personal networth or business size.

“Microfinance (institution) is globally recognized as a key element of development that is not built on handouts and patronage. It is a vital force for unleashing the capacity of people, especially in developing counties–to find lasting solutions to the economic challenges. It engenders financial inclusion and removes the barriers that exclude many people from participating in the financial sector and using the services to improve their lives,” the NDDC acting managing director said.

She said there is greater task ahead, of building an intervention agency that delivers quality services and infrastructure for the oil region and its people.

The NDDC boss also re-stated the resolve of the Interim Management Committee of the Commission to join forces with key stakeholders to challenge powerful forces and systems that had held the Commission captive and subverted the core objectives for which the NDDC was established.