In line with wide expectations, Nigeria’s real GDP growth remained contractionary at -3.62 per cent year on year in Q3, from -6.10 per cent in the preceding quarter, and +2.28 per cent in the corresponding quarter of 2019; the recent output data released by the National Bureau of Statistics (NBS), Nigeria shows. 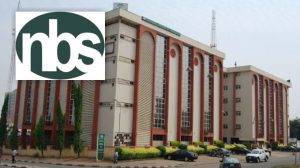 How will investors position for the final days of 2020?

In the meantime, however, from the just concluded third quarter of 2020, the equities market pared losses in September, pushing the market year to date return to -0.04 per cent at the end of the month, from -8.80 per cent at the beginning of the quarter. This advancement was shored up by early positioning of investors ahead of the third quarter corporate earnings releases, as well as the dearth of tangible returns in the fixed income space. Though, the third-quarter earnings were largely positive across the sectors, with less indication of the negative output growth rate.

In the same vein, economic analysts at Greenwich Merchant Bank, in a note to Business A.M., have asserted that during the quarter under review, the negative real rate of return reflected on the overall sentiment in the fixed income space, as investors re-allocated funds into higher-yielding assets. Consequently, they revealed that high liquidity level and strong investors’ participation will sustain the performance of the market.

According to the analysts, “As a result, we anticipate that investors will remain risk-on throughout 2020, as they take advantage of relatively cheap counters with sound fundamentals and favourable dividend yields. We also expect more companies to take advantage of the low yield environment to refinance their debts as well as raise new issues, which will yield better returns than that of any risk-free instruments.”

Other analysts and experts very familiar with the matter have offered up views and expectations reflecting that though the recovery pattern will be sluggish, by Q1 2021, provided there is no second wave of the global health crisis which, at the earlier stages of the year, crippled activities, the economy might start to see level to slow recovery.

Analysts at FBN Quest Capital Research, for instance, said: “Looking ahead to the current quarter, we see little change in oil’s contribution, a small improvement for agriculture and a better (although still negative) showing for the rest of the economy due to the usual boost from the holiday season.”

Uche Uwaleke, professor of capital markets at the Nasarawa State University and a fellow of the Institute of Chartered Accountants of Nigeria (ICAN), opined that government’s ability to put a stop to a second wave of the covid-19 pandemic, as well as the level of implementing the growth initiatives as outlined in the Economic Sustainability Plan (ESP) can be a lifeline to the nation in pursuant to growth and recovery of output.

“The Nigerian economy grew by about 2.7 per cent in 2019 with the possibility to return to pre-COVID level in 2021 is high, which was why the federal government is projecting 3 per cent real GDP growth rate next year.

“Three main factors will shape this expected performance namely, the international crude oil price staying above the budget benchmark of 40 dollars per barrel, the ability of the government to stop the second wave of COVID’19 and the level of implementation of the growth initiatives contained in the Economic Sustainability Plan; including the development finance efforts of the CBN, through a raft of interventions especially in the agriculture value chain and SMEs,” Uwaleke stated.

Any hope of a green light in Q4 for Nigeria’s economy?

Several analysts in their divergent views do not think Nigeria’ economic growth in the final quarter of 2020 has the ability to bounce back to its pre-pandemic level as a result of the dampened short-term outlook of the international crude oil market. Thus, the growth rate of Q4 2020 is anticipated to remain in the red.

“Our GDP forecasts this year have been consistently less negative than those across the market (the few players that have had the character to stand above the parapet) because we have allowed for the large scale of the informal economy, which is reasonably insulated from globalisation. In contrast, South Africa is likely to contract by +/- 8.0 per cent year on year this year, since it is not similarly insulated, evidence being its huge tourism sector. This protection for Nigeria, as we have previously noted, becomes a disadvantage at the time of recovery,” analysts at FBN Quest pointed out.

However, in the views of Greenwich Merchant Bank analysts, they expect that lockdown easing and stimulus interventions will likely quicken the pace of recovery in the real sector of the economy while the manufacturing sector will deepen on the back of targeted policies to the sector. Also, the agricultural space support from existing schemes such as the ABP, CACS as well as the P-AADS should bolster local production and upscale participation in the sector; although, the growth in the sector may be dented by weather-related disruptions, a heightened level of insecurity, and the dearth of infrastructural amenities.

And noting the lingering effects on the trade sector, like the border closure, the ban on the importation of a list of items along with other stringent regulations by the Central Bank of Nigeria (CBN), the persistently pressured FX environment buttressed by the CBN’s FX demand management, should puncture the free flow of goods and services and also slow the level of growth in the sector. “Thus, a more sustainable approach should be employed in the FX environment,” they concluded.