Short-let apartment rental business has over time become a new trend as sojourners now show great preference for a fully furnished home, rather than a hotel or motel. 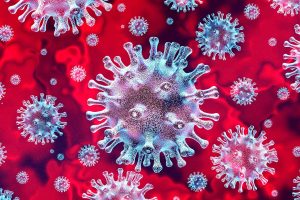 Sadly, Covid-19 pandemic has caused a heavy storm in the business as the compulsion to stay home during the lockdown made it impossible for the business to flourish thereby causing a drastic reduction in revenue in the industry with big players like Airbnb or Booking.com and other small vacation rental owners and property managers heavily hit.

Data presented by Stockapp shows that the industry is to witness a plunge by $35 billion in 2020, representing a 42 percent drop year-over-year.

The vacation rental could be private holiday homes and houses and short-term rental of private rooms or flats which usually is done in an online marketplace such as Airbnb and Booking.com or in travel agencies.

According to Statista Data, the year 2017 saw the industry generate $78.7 billion revenue. This rose by 7% to almost $84 billion in two years.

The start of 2020 took a toll on the industry as the global spread of the pandemic implanted fear of traveling in people and caused cancellation of stays, causing even the market’s biggest players to witness extreme reservation drops.

After over three weeks of swimming in uncertainty, the 2020 short-term rental bookings on the Expedia platform recorded a 94% drop year-over-year, while two other travel industry giants, Airbnb and Booking.com, had a 93% and 91% plunge, respectively. This continued between June and September causing ruin to plans for peak summer travel period.

At week 35, short-term rental bookings on the Airbnb platform recorded a 62% year on year drop. Also, Booking.com and Expedia experienced a similar drop by 66% and 86% respectively in this period.

Meanwhile, Statista Data forecast a recovery in the industry in the year 2021 with growth in revenues by 36.7% to $66.9 billion, still $17 billion under 2019 levels. While in three years’ time, the figure is expected to rise to $117 billion.

Furthermore, the average revenue per user in the vacation rental segment is expected to rise to $111.1 in 2020 which represents a slight increase in a year. Consequently, by 2021, the figure is predicted to rise to $117.

Although the first month of 2020 witnessed a fall in reservation as a result of the lockdown, statistics has shown that the number of users is expected to remain deep below last year’s level.

Records show that in 2017, almost 750 million people preferred vacation rentals to hotels and motels. Over two years, the figure rose to 777 million.

Furthermore, Statista estimates the number of users in the vacation rental segment to plunge by 42% year on year to 445 million in 2020 and remain under 2019 levels in the next three years.

Globally, the United States represents the world’s largest vacation rental market and is expected to generate $9.5 billion in revenue in 2020, which indicates 45% plunge in a year.

In a bid to control covid-19, restriction was placed on some short-term rental in the US, which has caused massive complaints from the companies operating in the market as well as filing of lawsuits.

The Chinese market, being the second largest has also been affected as it is forecast to witness a 43.5% drop year on year with revenues falling to under $5.3 billion; while Japan, the United Kingdom, and Germany follow, with $3.2 billion, $2.6 billion, and $2.5 billion in 2020 revenue respectively.

Nigeria sees inflation inch up to 11.37 percent in April