Nigeria’s power producers have projected that Nigeria can generate 30,000 megawatts of electricity by 2030 if the country puts pragmatic commercial and political frameworks in place. 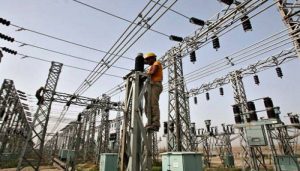 The producers, speaking through Joy Ogaji, the executive secretary of their groupings, Association of Power Generation Companies (APGC), said the figure, which was once a target of the federal government of Nigeria, reaffirmed that progress would be made if policymakers, regulators and relevant stakeholders join hands in recognising and paying for available capacity, going by extant pacts between the generation companies (GenCos) investors and the federal government.

Current available capacity was put at 8,000 megawatts last year but the sector is held down many different problems which have made it difficult for it to meet this capacity.

But to push ahead Ogaji said there was need to jettison the practise of variabilising power generated to serve as basis for power delivery invoice, of which quality data ownership both by the regulator and operators remain key.

She also spoke of the need for tariff performance, customer population, metered customers, independent classification of customers’ validation and independent assessment of market performance, as well as collection efficiency details.

The GenCos are also requesting for an urgent review of the Electric Power Sector Reforms Act (EPSRA), the Multi-Year Tariff Order, Orders made by Nigerian Electricity Regulatory Commission (NERC), and also, policies, market rules and other governance documents existing within the country’s electricity supply industry.

Ogaji believes in the need to conduct a viable and independent stress test on the generation, distribution and transmission capacities to support the sector’s proactive planning and building. She also added that there was a need to revamp the agencies and infusing into them fresh and vibrant commercially minded and progressive business wise capacities capable of engaging with and influencing project and service providers as well as utility companies.

According to her, this will improve their ability to coordinate with and facilitate activities aligned with scaling up the reform goals and objectives and the ability to work collaboratively with multiple government agencies, among others.

“Seven years post privatisation, it is imperative for the sector to rejig the existing structures and imbue private sector partnerships. Existing institutions prior to the reform have remained the same notwithstanding the fact that the market is largely private sector driven with 100 per cent ownership of the generation and 60 per cent ownership of the distribution assets,” Ogaji said.

“Conduct a viable and independent stress test on the generation, distribution and transmission capacities to enable us plan proactively and build the sector. Ensure that there is transparency in the billing, collection and remittance, as well as develop a viable metering framework to improve collection efficiencies. Liberalise the market to create confidence and ensure the viability and credit worthiness of the power sector,” she further stated.

The GenCos also called for immediate unbundling and separation of the independent system operator (ISO) and transmission, as well as an empirical method of proving claims.