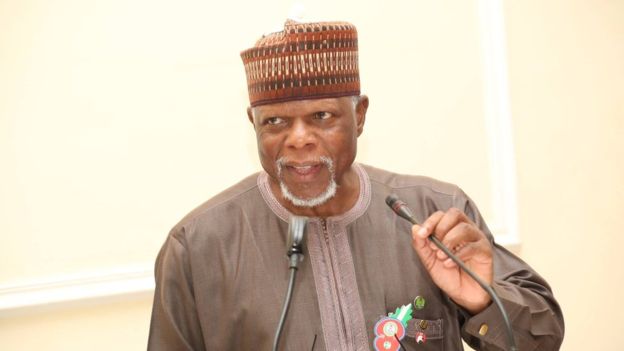 The Nigeria Customs Service says it collected a total of N1.3 trillion in 2019.

Bussiness a.m’s calculations show the amount about N363 billion more than N937.2 billion set as target for the trade facilitating agency for 2019.

According to a statement issued by Public Relations Officer, Joseph Attah on Thursday,the amount is about N139.2 billion more that the sum of N1.2 trillion which the Customs generated in 2018.

With the country’s land borders closed for the last five months of 2019 from August to December, a larger chunk of tariffs were collected at the seaports which ironically remain without cargo inspection scanners and dilapidated access roads.

Hameed Ibrahim Ali, comptroller-general of Customs, described the outing as a feat resulting from “resolute pursuit of what is right rather than being populist by compromising national interest on the altar of individual or group interests,” obviously referring to Customs uncompromising stand at ensuring that the Nigerian government kept its land borders closed.

Ali, a retired army colonel, said the service revenue generation profile had continued to be on the rise as the ongoing reforms in the service hinge on “strategic deployment of officers strictly using the standard operating procedure; strict enforcement of extant guidelines by the tariff and trade department; robust stakeholder sensitization resulting in more informed/voluntary compliance and increased disposition of officers and men to put national interest above selves.”

He also noted that automation of the Customs processes helped to eliminate vices associated with the manual processing of trade documents which ensured a more seamless trading at the ports.

He said, “Partial border closure which has forced cargoes that could have been smuggled through the porous borders to come through the sea and airports raised revenue collection from ports. Before the commencement of the border drill on 20th August 2019, revenue generation was between N4 billion to N5 billion but now NCS generate between N5 billion to N7 billion daily.

“The partial border closure is a decisive action against the challenging issue of trans-border crime and criminalities, fueled by the noncompliance to ECOWAS Protocol on transit of goods by neigbhouring Countries. The NCS hopes that the ongoing discussions with our neighbours will yield permanent solution to the challenges of border security. The Service wishes to express its readiness to strictly implement the outcome of the ongoing diplomatic engagements.”

The Customs boss further disclosed that efforts by men of the service to prevent the entry of items that could compromise the security of citizens and national economy resulted in the seizures of 30,906 assorted items with a duty paid value of N62.13 billion in 2019.