Nigeria, Africa’s top oil producer, earned a total of $236.15bn from petroleum exports over the last five years, a new report by the Organisation of Petroleum Exporting Countries has shown. 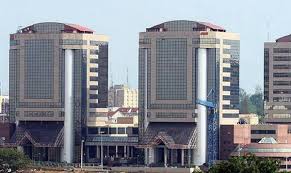 OPEC, in its 2019 Annual Statistical bulletin, put the value of Nigeria’s petroleum exports at $75.196bn in 2014; $41.168bn in 2015; $27.295bn in 2016; $37.983bn in 2017, and $54.513bn in 2018.
In 2018, the value of the country’s petroleum exports was the sixth biggest in the 14-member group, behind Saudi Arabia’s $194.358bn, UAE’s $74.94bn, Iraq’s $68.192bn, Iran’s $60.198bn and Kuwait’s $58.393bn.
The group said member countries’ economy indicators, including GDP growth and current account balance, continued to improve in 2018.
It said, “The population of OPEC member countries increased by almost 11 million last year, with Nigeria, Iraq and Angola adding 5.3 million, one million, 0.52 million inhabitants, respectively, thus bringing the OPEC MCs’ share of global population to 6.64 per cent (up from 6.57 per cent in 2017).
The report noted that member countries successfully continued to improve the diversification of their economies and be less dependent on petroleum export revenues.
It said, “The share of OPEC MCs petroleum export revenues to GDP has decreased by around six percentage points over the last five years. Declines have been registered in all OPEC MCs, as local governments commissioned a number of initiatives and programmes to promote the development of high value-added non-oil industries, including manufacturing and services.”
OPEC said the trend of diversification was also confirmed when analysing the share of non-petroleum export revenues to GDP at comparable oil price levels.
“Over the last four years (2015–18), this ratio has been between 78 per cent and 85 per cent, which is between 20 and 15 percentage points higher, as against the same ratio in years of comparable oil prices (2005, 2006, 2007 and 2009),” it added.
The year 2018 was said to have seen substantial global supply growth as total oil liquids production increased significantly by 2.60 million barrels per day, outpacing oil demand growth by more than one million bpd in 2018.
“The increase was once more driven by outstanding production gains in North America, particularly in the United States. In contrast, crude oil production from OPEC member countries, as well as from other non-OPEC countries, showed declines,” the group said.
In total, OPEC crude oil production showed a drop of around 400,000 bpd last year, compared to 2017, according to the report.
“With regard to countries with increasing oil production in 2018, output expansions were clearly driven by North America, notably by the United States. Oil supply in the US increased by around 2.3m bpd in the year 2018, representing almost 80 per cent of total non-OPEC supply growth,” OPEC said.