Nigeria’s total Value Added Tax (VAT) generated so far in 2020 has hit N1.08 trillion within nine months. The figure is a 22.87 per cent increase over the amount (N876.1 billion) recorded for the same period in 2019 on a year to date (YTD) comparison and a 54.4 per cent growth rate year on year when compared with the same period of 2019, according to details from the Nigerian Bureau of Statistic. 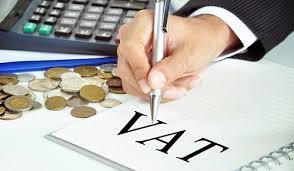 Analytical breakdown of the Data

A further breakdown of the data shows that “other manufacturing” generated the highest amount of VAT at N47.07 billion. It was closely followed by Professional Services, which generated N44.01 billion, commercial and trading generated N21.18 billion, while State Ministries and parastatals generated N19.64 billion and Breweries, Bottling and Beverages sector contributed N15.84 billion. These sectors witnessed significant surges from the amount recorded in the second quarter respectively.

On the other hand, mining generated the least with N64.50 million and closely followed by the Textile and Garment Industry with a total of N346.27 million as VAT. Also, Pharmaceutical, Soaps & Toiletries followed the log of least generating sectors with N386.16 million, while publishing, press, paper packaging sector recorded N473.06 million and the Local government councils, generated N567.97 million respectively.

A major upshot from the positive rise in the total VAT rate generated in an economy will inevitably impact on the level of consumption in the economy and the VAT compliance by taxpayers.