Given the current policy choices of the federal government, Nigeria cannot possibly exit its present recession in the first quarter of the year (Q1 2021), as had earlier been assured by Zainab Ahmed, the minister of finance and economic planning. Rather, there may be a likelihood of wriggling out of it by Q2, as the nation’s economy will not likely rebound before Q2, said Johnson Chukwu, a development economist and financial expert. 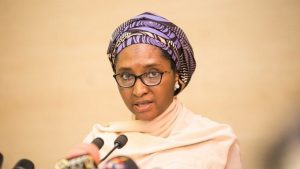 “I want to believe that it may be difficult for the economy to rebound in the first quarter this year, but hopefully by the time we get to the second quarter, we should see an economic recovery. We should see a positive growth. We should expect a slow growth in 2021, just like we have seen in the previous years. For the past four years, since the economy went into first recession in 2016, the economy has been growing at a very slow rate,” he said.

Chukwu rather advises the Nigerian government to take appropriate policy choices needed to pull out the nation’s economy from a second recession in four years.

“The key thing is that the federal government must take appropriate policy choices in terms of infrastructure support, in terms of governing policies, in terms of rolling back negative taxes which have subsidies; and then channelling the economic resources to the critical sectors of the economy; attracting the private sector through the right policies. These are the things we must do to keep the economy running,” he said at his Ugwueke country home in Bende local council of Abia State.

Chukwu, while reacting to the promise by the minister of finance and economic planning of exiting the recession by Q1 this year, said: “That Nigeria will exit recession by the first quarter of 2021, it is a possibility, but I think it is only an ambitious statement.”

The development economist and financial expert said, “Our economy has contracted. It may be difficult for the economy to rebound in the first quarter; but by the second quarter, there may be likelihood. Nigeria’s economy must come out of recession as fast as expected. Nigerians should, however, expect a V-shaped Curve, where an economy goes into recession and comes out quickly.”

His spoke further: “If you look at the growth of the Nigerian economy since the beginning of last year, you will observe that the first quarter of year 2020, when Coronavirus has not hit the economy, the economy grew only by 1.87 percent. In the second quarter (2020), as a result of onset of Covid-19 lockdown and the attendant global economic crisis, the Nigerian economy contracted by 6.1 percent; in the third quarter of last year, the economy contracted by 3.62 percent. It is feasible that the economy will still contract in the first quarter of 2021, as we may also observe that several economies are just reopening.”

The Cowry Asset Management CEO opined that, for the nation’s economy to come out of the present recession as fast as expected, Nigerians should expect a V-shaped Curve.” He, however, insisted that policy choices by the federal government remain the remedy to the economic recession. He gave an analogy of policy choices and the 1930s American depression: “In 1929 to 1933, the US went into economic depression. The government of President Franklin D. Roosevelt had to bring the economy out of recession through public works by spreading and injecting liquidity into the economy, and they were able to stimulate economic recovery in the US.”