Ahmed Idris, the accountant -general of thef Federation, has said that the implementation of the Integrated Payroll and Personnel Information System (IPPIS) has saved the country over N230 billion in three years. 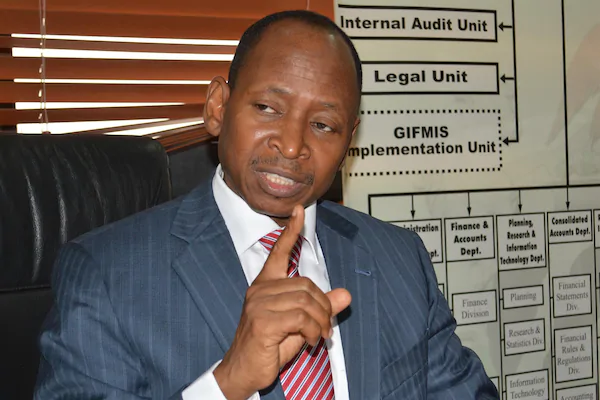 Idris made the disclosure on Monday at the budget defence before the senate committee on finance.
IPPI’S is an information communications technology (ICT) project initiated by the federal government to improve the effectiveness and efficiency of payroll administration for its ministries, departments and agencies (MDAs).
According to Idris, Nigeria gained over N50 billion, N100 billion and N80 billion in 2017, 2018 and 2019 respectively which would have been lost to fictitious payment of salaries and pensions.
He said that the IPPIS was one of the public finance reform Initiatives of the office. Idris also said that the government stood the chance of raking more money once workers in public universities and polytechnics were enrolled on the IPPIS scheme.
President Muhammadu Buhari had in his 2020 budget speech directed that all Federal Government workers must be enlisted on the scheme. He said that workers in the tertiary institutions would be compelled to submit to government decisions.
He listed other Initiatives of the office under his leadership, to include: the Treasury Single Account (TSA), the Audit laboratory and audit modernisation through IT audit-driven system.
The accountant-general said that the office had 18 departments domiciled in its Abuja headquarters, 36 federal pay offices in the 36 states of the federation, six zonal offices and the Federal Treasury Academy which was the training arm of the office .
On his part, chairman of the committee, Sen. Adeola Olamilekan commended the office of the accountant-general for its many reform Initiatives in public finance. The Chairman said that there was the need for the committee to meet with the office of the accountant-general, revenue generating agencies and the Fiscal Responsibility Commission to fine-tune further revenue generating methods.