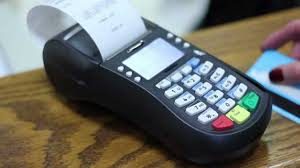 The data shows that the Nigerian Instant Payment System (NIPS) and the PoS terminals rose by 50.3 per cent, a surge attributed to the COVID-19 pandemic, which brought about the need for social distancing, as well as lockdowns that kept Nigerians away from the banking halls and made them resort to the use of other payment channels.

As a result, a breakdown of the data shows that the instant payments were made by bank customers via various bank branches, automated teller machines (ATM) points, via internet banking platforms, mobile apps and the unstructured supplementary service data (USSD), amongst others.

The data further revealed that during the last month of 2020, total financial transactions worth N20.35 trillion were carried out by customers on the instant payment platform. This figure was about N10 trillion higher than the N10.74 trillion value executed by customers in the corresponding month of 2019.

Furthermore, total PoS transactions valued at N574.37 billion were conducted in December 2020, according to the NIBSS data. This represents over 50 per cent rise from the N372.69 billion in 2019.

With the growing demand for banking and financial services, as well as the rising mobile and internet penetration in the country, the rate of transactions via several banking channels will continue to be on the rise as customers continue to embrace technology and more innovations within the financial services industry in Nigeria.