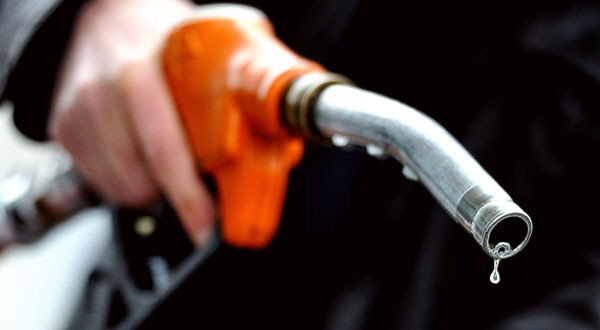 Nigeria is spending heavily to subsidise petroleum products consumption for its citizens thus eroding the gains from increases in international oil prices, latest data from the state-owned oil firm, Nigerian National Petroleum Corporation (NNPC) has shown.
Despite denying the existence of fuel subsidy, the President Muhammadu Buhari government has spent a whopping N488 billion in the first eight months of this year, indicating an increase of 238 percent compared to the N144.5 billion spent in the whole of 2017
The NNPC in its Monthly Financial Operations Report as at August 2018 said the company paid N487.8 billion on petroleum products price
‘under-recovery’, the agency’s euphemism for  fuel subsidy, between January and August 2018 compared to N144.5 billion recorded throughout 2017.
This figure amounts to an average of N2 billion daily spend on fuel since the beginning of the year, the highest being in May when the average was N2.86 billion per day.
Petroleum industry analysts have attributed the continuous rise in fuel subsidy to the huge rise in the price of crude in the international
market.
While the average price of crude in March 2018 was $66 per barrel, it had hovered around $80 in May. At the new price, without subsidy, the pump price would have been N205 as against the N145 per litre. This leaves an “under recovery” of N60 per litre.
The NNPC report also showed that the daily average petroleum products supply to the country from NNPC via Direct sales Direct Purchase (DSDP) and the refineries was 55.5 million litres, with the highest of 81.8 million litres recorded as at May this year.
Specifically, a breakdown of the monthly fuel subsidy bill incurred by the NNPC was N45.782 billion, N59.5 billion, N34 billion, N77.9 billion and N88.9 billion respectively between January and May 2018 and N68.6 billion, N52.5 billion and N60.6 billion in June, July and August respectively, totaling N487.8 billion during the eight month period.
Oil and gas experts have continued to call for full deregulation of price of petroleum products in view of the rising prices of crude oil at the international market.
Total deregulation, many of them said, would libralise the sector and enable them to sell at deregulated prices.
Emmanuel Iheanacho, chairman, Integrated Oil and Gas Ltd., said full deregulation would curb the huge amount the government spends on subsidy which could be invested to develop other sectors, according to a monitored News Agency of Nigeria report.
He urged government to embrace deregulation to allow marketers import petrol and sell at competitive prices.
“No marketer can buy petrol at N174 per litre at the international market and sell at government approved price of N145 without paying the
differentials at the downstream sector.
“If deregulated, it would create free market and allow government to concentrate on developing other sectors like education, agriculture and
ICT,’’ he said.
Debo Ahmed, chairman of Western Zone of Independent Petroleum Marketers Association of Nigeria (IPMAN), said full deregulation would
also curb incessant pipeline vandalism.
Ahmed said that if the downstream was fully deregulated, no marketers would allow products to be stolen by vandals.
A deregulated petroleum sector would be driven by prices that would be determined by forces of demand and supply, he added.
Obafemi Olawore, a former executive secretary, Major Oil Marketers Association of Nigeria (MOMAN), also said full deregulation of the
downstream sector remained the best option for economic growth.
Olawore said only deregulation would encourage the establishment of private refineries in the country.
“We have to be ready to accept the reality of total deregulation of the downstream sector. I am sure most of the people truly understand the
concept of deregulation.
“If we embark on deregulation today, petrol prices will be different across the states; the price may be significantly high at the early
stages, but it will reduce gradually as we move on,’’ he said.