Nigeria risks becoming home to a quarter of the world’s destitute people in a decade unless policymakers act to revive economic growth and lift employment, the World Bank said. 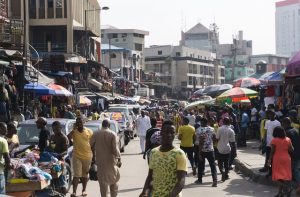 The economy of Africa’s top oil producer is expected to expand 2.1% in 2020 and 2021, the bank said in its Nigeria Economic Update report published Monday. That’s below the nation’s 2.6% population growth rate.

The bank urged President Muhammadu Buhari to increase domestic revenue, remove trade restrictions and improve the predictability of economic policy. It also called on the government to remove expensive fuel subsidies and reduce central bank lending to targeted sectors that crowds out banks.

“The cost of inaction is significant,” the bank said. “Under a business-as-usual scenario, where Nigeria maintains the current pace of growth and employment levels, by 2030 the number of Nigerians living in extreme poverty could increase by more than 30 million.”

About half of Nigeria’s almost 200 million people live in poverty, according to the banks. Last year, Nigeria overtook India as the country with the largest number of people in extreme poverty.

Nigeria’s economy is still recovering from its first annual contraction in 25 years in 2016 that resulted from a collapse in crude prices. The country could slide back into recession if crude prices fall by 25% to $50 a barrel, the bank said.