Tax compliant companies operating in Nigeria paid N416.01 billion in corporate income tax in the third quarter of 2020 despite disruptions brought on businesses by the Covid-19 pandemic, recent data released by the National Bureau of Statistics (NBS) Nigeria, has shown. 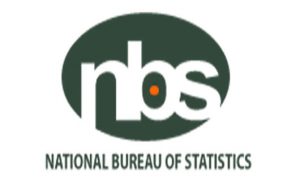 The figure shows a 3.48 per cent quarter on quarter increase from the N402.03 billion that companies paid in the previous quarter (Q2) and 20.13 percent decline year on year from the amount (N520.89) billion generated during the corresponding period of 2019.

According to the data published by the nation’s official statistics agency, the amount paid during the period under review came on the back of easing of restrictions occasioned by the coronavirus pandemic and gradual opening of the economy to allow for gradual acceleration of economic activities across the nation.

The brunt of the pandemic has been felt across different sectors of the economy and was marginally felt in the second quarter when the lockdown order was initiated across major states in Nigeria, including Lagos, which became the epicentre in Nigeria. At the point of gradual lockdown easing, various sectors have begun to heal from the heat and financial losses occasioned by the global health crisis to the point of generating returns to be taxed.

However, the Professional Services, including telecoms, generated the highest amount of CIT with N55.52 billion generated. It was closely followed by ‘Other Manufacturing’ which generated N42.03 billion. The ‘Banks and Financial Institutions’ generated N24.05 billion, while ‘Mining’ generated the least; and closely followed by the Textile and Garment Industry and Local Government Councils with N120.93 million, N167.51 million and N321.72 million generated respectively during the period under review.