The governors of Nigeria’s 36 states have approached the court seeking to stop the federal government’s plan to sell 10 power plants in the country.

The said power plants are under the National Integrated Power Projects (NIPPs) being implemented by the Niger Delta Power Holding Company (NDPHC), a power generation and distribution company co-owned by the states (53 percent) and the federal government (47 percent).

The governors under the aegis of the Nigeria Governors’ Forum (NGF), in a communique issued on Wednesday and signed by Aminu Tambuwal, Sokoto State governor and chairman of the NGF, said their lawyers have already obtained a court order stopping respondents in the matter from proceeding with the proposed sale pending the hearing and determination of the motion on notice for interlocutory injunction.

“The Forum, following its advocacy that the proposed privatisation of 10 National Integrated Power Projects (NIPPs) by the Federal Government of Nigeria (FGN) should be stopped, instructed its lawyers to approach the Federal High Court which, at present has issued a court order restraining all the parties in the suit from taking any step or action that will make or render the outcome of the motion on notice seeking for interlocutory injunction nugatory,” NGF said in the communique. 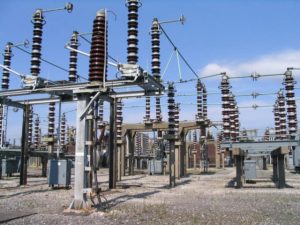 “The effect of the order of the court is that respondents cannot proceed with the proposed sale of the power plants belonging to the Niger Delta Power Holding Company Limited (NDPHCL) until the hearing and determination of the motion on notice for interlocutory injunction,” it said.

The plan to sell the NIPPs has been in the works for a while.

Alex Okoh, director-general, Bureau of Public Enterprises (BPE), in July 2019 said the remaining 10 NIPPs would be privatised before the end of the year as part of efforts by the federal government to boost power supply for Nigeria’s industrial expansion vision. He also announced the first quarter of 2020 as the projected handover date of the NIPPs to the successful investors. But that did not materialize.

The House of Representatives opposed the plan and passed a resolution directing the BPE to stop the sale of the power plants.

Last December, after receiving a detailed presentation by the BPE director-general, the NGF announced plans to review the federal government’s proposed privatisation of the 10 generating plants under the NIPPs.

“The governors resolved to review and communicate through their board representatives, their assessment and position on the privatisation of what they consider critical national assets,” NGF said in a communique.

In July this year, the BPE said it has pre-qualified 16 companies out of 36 power sector investors that submitted Expressions of Interest (EoIs) for five NIPPs put up for sale by the federal government in line with President Muhammadu Buhari administration’s determination to resuscitate the power plants and put them to full use for the much-needed power needs of the economy.