According to the report obtained from the NCC, the two companies failed to meet the performance indicators as required in 19 states, while Airtel was unable to meet the KPI in Ogun state only as MTN was the only telecom provider who successfully met the KPIs across every Nigerian state. 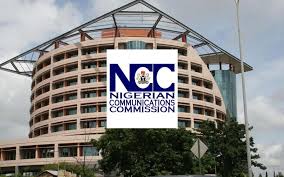 A specific analysis of the statistics revealed that 9mobile performance metrics were below expectation for the dropped call rate in Bayelsa, Delta, Edo, Kano, Kebbi, Kwara, Ebonyi, Ondo, Osun, Sokoto, Zamfara, Nasarawa and Yobe States for the month of July 2020.

On the other hand, 9mobile fell short of the NCC key performance metrics for the CSSR in Sokoto, Kebbi, Yobeand Taraba States for the period under review. Further analysis of the service quality report shows that subscribers recorded high drop call rates across 14 states.

In the description of these parameters by the NCC, a dropped call is one that is terminated prematurely before being released normally by either the caller or the called party and has a performance threshold of less than or equal to one per cent. An additional KPI is the CSSR, which is the fraction of the attempted call that resulted in the connection to the dialled number; the listed telcos, however, failed to meet these metrics in 10 states, according to the NCC.

However, the failure of the telcos to meet the stipulated SDDCH congestion rate, which the NCC said is the probability of failure of accessing a stand-alone dedicated control channel during call setup, affected subscribers in seven states of the federation. While mobile subscribers in two states were affected by the TCCH, which is the probability of failure to access a traffic channel during call setup.