White sugar futures on the Intercontinental Exchange (ICE) relapsed on Wednesday, slipping a little lower after setting a near four-year high in the previous session.  March white sugar, which roared to $470.40 during Tuesday’s trade, its highest since April 2017, lost momentum to settle at $462 per tonne a day later. March raw sugar also lost 0.05 cents (0.3 per cent) to 16.24 cents per Ib. 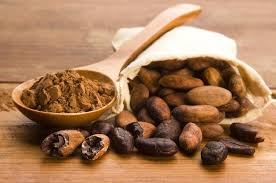 The sugar market, according to a report by Commerzbank, remains underpinned by supply tightness capped by a shortage of containers in India which has further tightened supply while robust physical demand tarries.

The German bank added that the heightened demand amid a supply crunch in regions like Thailand and the EU, which are conventional white sugar suppliers, has prompted customers in dire need of the sweetener to seek it on the exchange.

The front month’s premium also slipped to around $80 on Wednesday from about $100 recorded at the close of Tuesday’s trade.

According to dealers, the front month’s premium had resulted in more cocoa being graded with certified stocks raised to 259,930 bags as of February 2, an increase compared to 179,040 bags recorded a week earlier.

Arabica coffee prices have been projected by traders and analysts to end the year about 8 per cent above current levels as the market moves to price in a deficit next season after working off the current surplus.