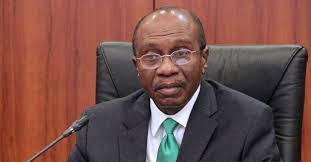 Similar to the auction last week, the level of bids on the long tenor instrument were significant, with total subscriptions settling at N1.07 trillion.

During the week, however, the Central Bank of Nigeria (CBN) gave banks a directive to cease sales to clients with outstanding loans with any bank, as well as corporates which were benefitting from CBN intervention funds.

“While we don’t expect to see an immediate impact in the market over the short-term as banks will need to work out the methodology for identifying debtors across institutions, the long-term implication should be weaker demand, which will keep yields elevated,” analysts at Cordros Capital wrote in a note seen by business a.m.

On the other hand, market pundits at Cardinal Stone Limited (CSL) believed that the CBN’s decision may be related to the CBN’s recent efforts to promote lending to the real sector by commercial banks.

Recall that the apex bank in July 2019 sent a circular to all deposit money banks (DMBs) mandating that they maintain a minimum Loan to Deposit Ratio (LDR) of 60 per cent by September 2019 subject to a quarterly review.

Barely three months after the first circular, the apex bank raised the bar, mandating banks to now maintain a minimum LDR of 65 per cent by December 2019.

The punitive measure for non-compliance by DMBs is a levy of additional Cash Reserve Requirement (CRR) equal to 50 per cent of the lending shortfall of the target LDR and some banks were debited in September 2019 for failure to meet the 60 per cent minimum.

They said, “While the objective of the CBN is clear in terms of improving the flow of credit to the private sector to stimulate growth, we are concerned that these unorthodox methods being deployed to achieve this aim may have many unintended negative effects. We are also not certain how CBN intends to monitor compliance.”

CSL analysts further noted that the banks will continue to explore other ways of meeting CBN’s requirements without significantly directing loans to the real sector.

“Recently, many banks have begun to show renewed interest in corporate and state government bonds which were previously unattractive to banks considering risk and reward.

“These assets do not qualify as liquid assets and as such are expected to be treated as loans,” they observed.