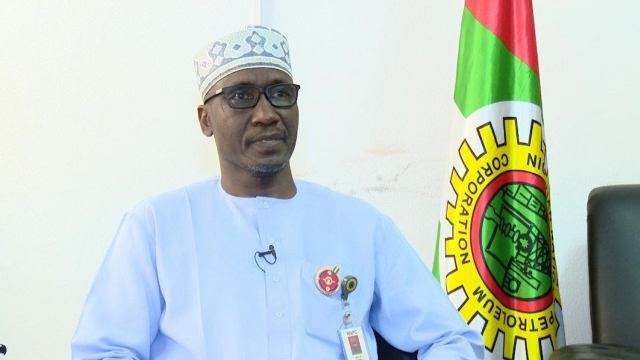 The Nigerian National Petroleum Corporation (NNPC) has announced crude oil and gas export sale of $355.93million in September 2019, indicating a significant increase of 52.84 per cent, compared to the August, 2019 figure of $232.87million, a release by the corporation’s Acting Group General Manager, Group Public Affairs Division, Mr. Samson Makoji, has said.

The NNPC Monthly Financial and Operations Report (MFOR) which bears the September 2019 crude oil and gas export sales information is the 50thedition in the series which debuted in 20015.

A breakdown of the figures indicated that crude oil export sales contributed $267.97million (75.29 per cent) of the dollar transactions, compared with $150.73million contribution in the previous month; while the export gas sales amounted to $87.96million in the month.

The September 2018 to September 2019 Crude Oil and Gas transactions indicated that crude oil and gas worth $5.63 billion was exported.

The streak of positive results which has largely characterized the operations of the corporation was sustained with the posting of a trading surplus of ?8.59 billion recorded in the month under review. The report indicated a significant increase of 65 per cent compared to the ?5.20 billion surplus posted in August 2019.

In turn, the August figure of ?5.20 billion surpassed the ?4.26 billion surplus posted in the previous month of July 2019, reflecting an increase of 22 per cent, according to the September edition of the report.

The MFOR noted that the percentage increase in the performances of these NNPC subsidiaries cushioned the September sharp decline in the results posted by the Nigerian Petroleum Development Company (NPDC) as compared with the company’s posting in August, 2019.