Nigeria’s erratic electricity output, spurred by  poor power supply from the national grid, is one of the biggest challenges facing plastic manufacturing companies as they are forced to increase production cost to provide alternative power and maintain operations. 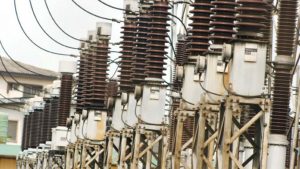 Shyam Barakale, general manager of Pentagon Plastic Industries Ltd (PPIL), who decried the country’s poor power production and how it has resulted in the closure of some companies, said if regular and consistent electrical power could be sourced from the national grid, plastic manufacturing firms would easily concentrate on the core activity of producing plastic rather than investing in building and maintaining alternative power plants.

Barakale added that the lack of regular power compelled the company to invest in its own power source relying on Clarke Energy, a multinational specialist in distributed power generation solutions, to set up its own power.

Clarke Energy, he said,  provided a 1.8MW gas power plant for PPIL which the company purchased and regularly maintains.

“With Clarke Energy, we have a partnership that goes back to 2014. The company carried out a technical study and recommended the deployment of a gas power plant. The gas generating set comes at a very high cost but it has also given us significant cost savings and increased our production efficiency,” he added.

Barakale further noted that aside from the worrisome power issue, plastic manufacturers also contend with the lack of feedstock for producing high-quality plastic products.

According to him, plastic feedstock, a byproduct of the petroleum industry refining process, is a very capital-intensive venture and due to Nigeria’s low refining capacity, it has to source raw materials from other countries.

Commenting on the large volume of raw materials imported into the country, he said that if Nigeria has a bigger refining capacity, a lot of the foreign exchange paid to import them would be saved.

“We have to invest a lot in raw material sourcing and this involves sourcing for foreign exchange which makes us vulnerable to volatile exchange rates. This adds to production costs and often results in delays,” he said.

Citing the achievements of PPIL which operates two state-of-the-art manufacturing facilities producing over 200 different types of plastic products and generating over $28 million in revenue, Barakale pointed out that the Nigerian market presents many opportunities for plastic manufacturers with its large population and strategic location to serve other markets in Africa and the government needs to provide an enabling environment to ensure its sustenance and continuity.