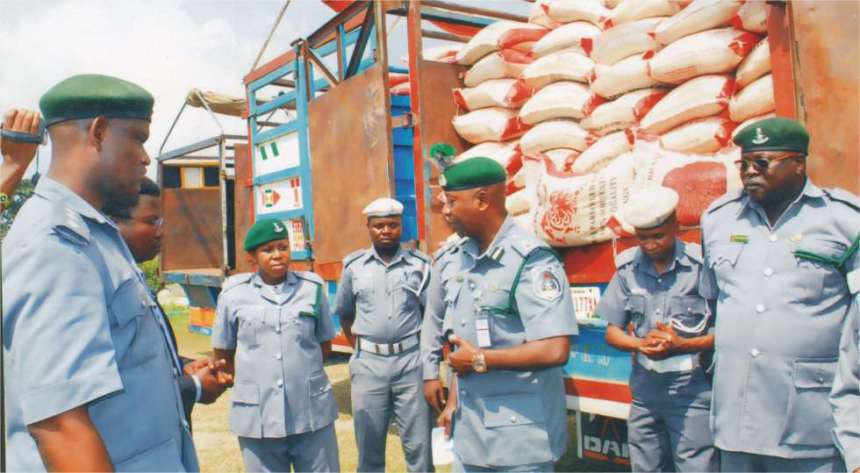 The Niger/Kogi command of the Nigeria Customs Service says it has intercepted and confiscated 79 100kg bags of parboiled foreign rice as the owners attempt to smuggle the restricted food staple into Nigeria.

Lomba Benjamin, the command’s spokesman in a statement said the food product was being smuggled in a Mitsubishi Canter vehicle when it was intercepted by officers of the command on Yauri Road in Kontagora axis of Niger State on Sunday.

He said the command has continued to reinvigorate and intensify efforts in its anti-smuggling drive, through intelligence gathering.

“The duty paid value for the bags of rice is put at N2.68 million. This seizure is coming on the heels of One Iveco 14-tyre truck loaded with 292 50kg bags of imported rice concealed with sugarcane in order to beat our officers on routine patrol. The customs area controller wishes to use this medium to state that there is no hiding place for smugglers within the Niger/Kogi Command area especially during this Christmas season,” he warned.

He said the officers and men of Niger/Kogi command were ready to confront all the challenges that militate against the command’s success.

“We will continue to build on the achievements so far made in both revenue generation and anti-smuggling feats, while the command wishes everyone a merry Christmas and prosperous New Year ahead,” Benjamin stated.