The Nigerian National Petroleum Corporation (NNPC) has announced it received $120.49 million as total export receipt for crude oil and gas in September 2020. The amount is 16.28 percent higher than the $100.88 million the national oil company received in August last year. 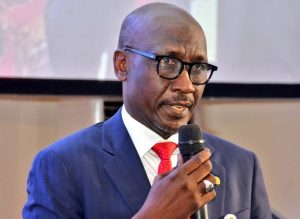 According to Kennie Obateru, the group general manager, group public affairs division of the corporation, the figure is contained in the September 2020 edition of the NNPC’s Monthly Financial and Operations Report (MFOR).

The report showed that out of the figure, proceeds from crude oil amounted to $85.40 million while gas and miscellaneous receipts stood at $25.31 million and $9.78 million respectively.

The September 2020 MFOR also indicated a trading surplus of N28.38 billion, slightly lower than the N29.60 billion surplus in August of same year.

The marginal reduction in surplus, according to the report, was as a result of lower contribution from the Nigerian Petroleum Development Company (NPDC), which recorded zero crude oil lifting from the OkonoOkpoho facility during the month, due to ongoing repairs.

In the gas sector, a total of 223.82 billion cubic feet (bcf) of natural gas was produced in the month under review translating to an average daily production of 7,460.80 million standard cubic feet per day (mmscfd).

Meanwhile, from September 2019 to September last year, a total of 3,039.05 bcf of gas was produced representing an average daily production of 7,730.35-mmscfd during the period. Period-to-date production from Joint Ventures (JVs), Production Sharing Contracts (PSCs) and NPDC contributed about 69.10%, 20.29% and 10.61% respectively to the total national gas production.

This translates to a total supply of 1,212.17-mmscfd of gas to the domestic market and 3,469.45-mmscfd of gas supplied to the export market for the month. It implies that 63.29% of the average daily gas produced was commercialized, while the balance of 36.71% was re-injected, used as upstream fuel gas or flared.

The national oil giant said to ensure effective supply and distribution of Premium Motor Spirit (PMS) across the country, it supplied a total of 0.59-bn litres of PMS, which translated to 19.59-mn liters/day.

It also said, during the period under review, 21 pipeline points were vandalized representing about 43% decrease from the 37 points recorded in August last year.

Of this figure, Mosimi area accounted for 90% of the vandalized points, while Port Harcourt area accounted for the remaining 10%. “NNPC, in collaboration with the local communities and other stakeholders, continuously strive to reduce and eventually eliminate this menace,” Obateru said.

He said the 62nd edition of the MFOR highlights NNPC’s activities for the period of September 2019 to September 2020. He said, in line with the corporation’s commitment of becoming more accountable, transparent and driven by performance excellence, it has continued to sustain effective communication with stakeholders through the MFOR and other reports published on its website and in national dailies.