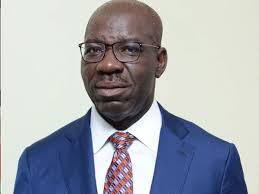 Highlighting the economic benefits of the service, Kendall Ananyi,Tizeti’s chief executive officer said that the 4G broadband internet will empower more Nigerians in the state, stimulate economic activities and provide unlimited access to affordable and reliable broadband services as well as complement the Edo State government’s efforts in driving investment promotion and building a robust technology ecosystem in the state.

He stated that the installation of the 4G LTE broadband internet in Edo is a strategic decision for the organisation being that the state has a large population of vibrant, young people and a high number of higher institutions, which provides a foundation for a robust and thriving ecosystem to enable digital leadership.

This, he explained, has created a perfect environment for the internet service provider to roll out its low-cost broadband service.

Ananyi further disclosed that the service provider has been building brand-new, solar-powered, 4G-capable towers in the state, starting with Benin City, leveraging on the expansive fiber-network built by MainOne and Facebook, its major partners in the project.

He added that the extension to Edo State is one out of many projects targeted at further expansion to other states across the country over the next few months.

Ifeanyi Okonkwo, Tizeti’s chief operating officer, while corroborating Ananyi’s statement, noted that the 4,000 aira monthly costs with a one-off installation cost of N4,000 service plan is one of the most affordable offers, especially to undergraduate students.

This, he added, provides a huge opportunity for people in Edo to benefit from unlimited broadband internet for use in online learning, eCommerce and entertainment, especially interactive games, video consumption, and music.

He also disclosed that the launch in Edo State is personal to the Tizeti founders because they are alumni of the University of Benin.

According to the World Wide Web Foundation, ensuring fast internet in Africa will enable billions more to come online, and to take advantage of the life-changing socio-economic opportunities that access to the Internet provides, companies like Tizeti are playing a significant role in addressing the digital infrastructure deficits in Africa with innovative technology and capabilities, to improve development outcomes for millions of people.

Tizeti currently has 1.7 million unique users, with broadband services which include a new Skype-like personal and business enterprise communications service (WIFICAll.ng) which provides access to video streaming sites and services.

Installations are expected to commence in Benin, the Edo State capital city on April 1, 2021.