Oil prices dropped on Thursday, extending falls from the previous session as trade tensions dampened the demand outlook, putting the main benchmarks on course for their biggest daily and weekly falls in six months. 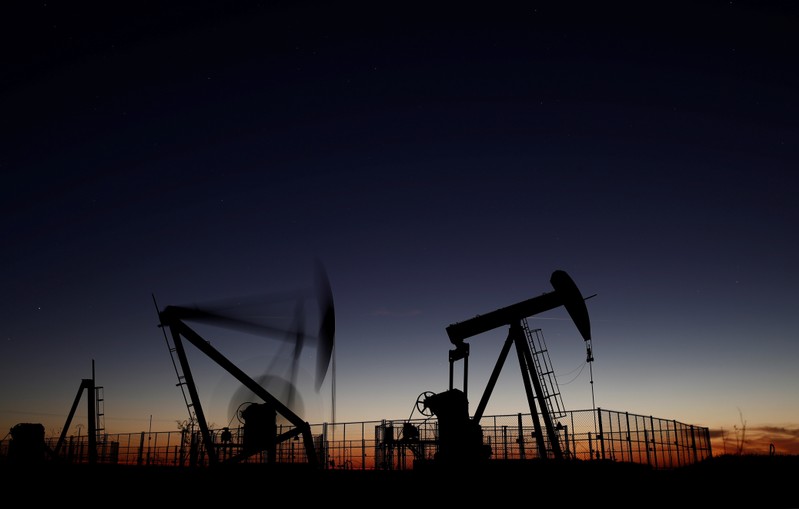 World shares were deep in the red as concerns grew the China-U.S. trade conflict was fast turning into a technology cold war between the world’s two largest economies.
Brent crude futures, the international benchmark, fell to a session low of $68.35 per barrel, trading down $2.50 at $68.49 by 1343 GMT.
Meanwhile, U.S. West Texas Intermediate (WTI) crude futures were down by $2.56 cents at $58.86 per barrel, after falling 2.5% the previous day.
U.S. crude oil inventories rose last week, hitting their highest levels since July 2017, the government’s Energy Information Administration said on Wednesday, while industry data had also shown a surge in U.S. crude stockpiles.
Commercial U.S. crude inventories rose by 4.7 million barrels in the week ended May 17, to 476.8 million barrels, the EIA data showed. [EIA/S]
“The headlines figures are depressing enough and scratching the surface does not paint a rosier picture either,” PVM’s Tamas Varga said in a note.
“The prevalent optimism for a tighter global market and higher oil prices will now only be vindicated when U.S. oil inventories start drawing.”
Beyond weak refinery demand for feedstock crude oil, the increase also came on the back of planned sales of U.S. strategic petroleum reserves (SPR) into the commercial market.
Also bearish is the ongoing trade war between the United States and China, which is clouding economic growth, and with that, oil demand predictions as well.
The U.S. military said it sent two Navy ships through the Taiwan Strait on Wednesday, angering China.
Countering these bearish factors are ongoing supply cuts led by the Organization of the Petroleum Exporting Countries (OPEC).
French bank BNP Paribas said high inventories meant that OPEC would likely keep its voluntary supply cuts in place beyond their current end-June deadline.
“Oil prices have been trapped in the past month between fears about weaker demand and softer supply,” financial advisory firm Oxford Economics said in a report on Thursday.
“We still expect the oil market to be in deficit both this year and next, but our oil price forecast is revised down slightly to $71 per barrel for 2019 (from $72 previously) and $68 per barrel in 2020 (from $70).”
Businessamlive Website Stats