Oil prices fell about 1% on Tuesday after rising earlier in the session as hopes dimmed for a swift stimulus package to relieve the U.S. economy as coronavirus cases increased globally. 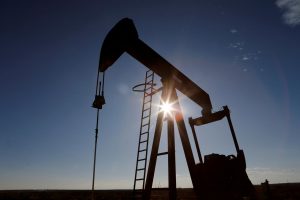 Reuters reports that some profit-taking ahead of weekly U.S. oil inventory data weighed on prices. Crude and gasoline inventories were seen declining last week, while distillates probably built, a Reuters poll showed ahead of industry data later on Tuesday, followed by the government’s report on Wednesday.

The U.S. Senate’s top Republican and Democrat criticized each others’ approach to coronavirus aid on Tuesday, with no word on when talks on a new package might resume and no movement on benefits for tens of millions who lost jobs in the crisis.

“Now there’s doubt coming out on the stimulus package and the Russian news as well,” said Gary Cunningham, director of market research at Tradition Energy.

President Vladimir Putin claimed on Tuesday Russia had become the first country in the world to grant regulatory approval to a COVID-19 vaccine. But the approval has concerned some experts as the vaccine still must complete final trials.

On Sunday, Saudi Aramco CEO Amin Nasser said he expects oil demand to rebound in Asia as economies open up.

China’s factory deflation eased in July, driven by a rise in global oil prices and as industrial activity climbed back towards pre-coronavirus levels, adding to signs of recovery in the world’s second-largest economy.