By Onome Amuge
Oil prices soared to their peak in 11 months following the decision of Saudi Arabia, the world’s highest exporter, to make output cuts of one million barrels per day in February and March during talks between the Organisation of the Petroleum Exporting Countries (OPEC) and allies (OPEC+) led by Russia. 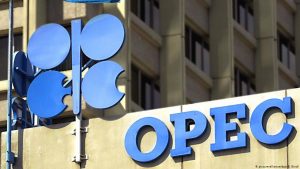 The decision, according to market analysts, was targeted at persuading other producers in the OPEC+ group to hold output steady as a result of the  ravaging covid-19 infections still affecting many parts of the world which has adversely affected output with producers battling to support prices while demand continues to suffer from new lockdowns being put in place in several countries.
However, the move has helped reinforce oil prices in petroleum-producing countries,including Nigeria as Brent crude oil prices climbed to their highest since February 2020.
Brent crude, the benchmark for Nigerian oil grades, was up by $0.65 (1.21 per cent) to $54.25 per barrel while United States West Texas Intermediate futures jumped as much as 0.6 percent to $50.24, a summit last reached in February 26,2020  before dropping to $49.96.
On the homefront, Bonny Light, Nigeria’s premium oil grade,  gained  $1.86 (3.69 per cent) to $52.29 per barrel.
The meeting also saw OPEC+ member nations agree to hold output steady in February and March while allowing Russia, Europe’s largest producer and Kazakhstan to raise output to 75,000 barrels per day in February and March.
Analysts at Goldman Sachs, American multinational financial services company, are of the assertion that  Saudi Arabia’s  decision likely reflects signs of weakening demand forced by the return of covid-19 lockdowns.
Capital Economics,in its market report stated that Saudi Arabia’s  decision came as a huge surprise as the organisation struggled to agree to a deal. The London based economy research consultancy also projected that the oil market will be in a deficit which will help lift the price of Brent to $60 per barrel by end of the year.
Reports also confirm that Iran’s confiscation of a tanker belonging to South Korea in the Gulf on Monday equally boosted oil prices.