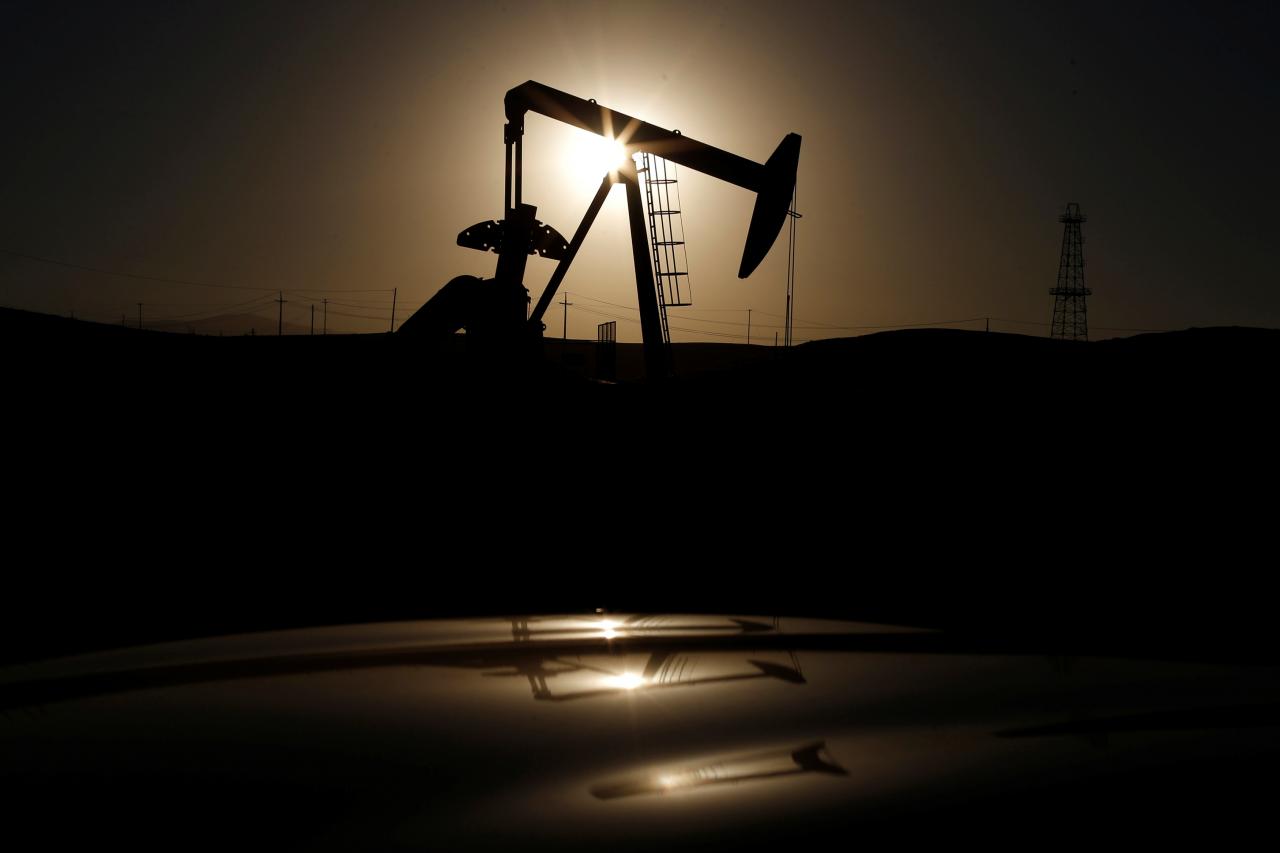 Oil fell on Thursday and is course for its fourth consecutive week of decline, as rising crude supply met the bearish combination of concern over global growth and weak equity markets.
Russia is pumping oil at a post-Soviet high, U.S. crude output has topped 11 million barrels a day and according to a Reuters survey of OPEC production, the group more than made up for any declines in Iranian shipments in October.
Brent crude futures LCOc1 were down 79 cents at $74.25 a barrel, while U.S. futures CLc1 fell 53 cents to $64.78 a barrel.
“Given these output numbers, with Russia pumping hard and the United States and OPEC as well, and we are not really seeing a pickup in demand for another month … it could indicate we’re back to the good old $70-80 range that persisted through April and August,” Ole Hansen Saxo Bank senior manager said.
An agency survey on Wednesday showed the Organisation of Petroleum Exporting Countries raised oil production last month to its highest since 2016, led with gains by the United Arab Emirates and Libya.
Brent and U.S. crude posted their biggest monthly percentage decline since July 2016 in October, with Brent down 8.8 percent for the month and U.S. crude losing nearly 11 percent.
Adding to the negative impact of the OPEC output figures, the U.S. Energy Information Administration on Wednesday reported a sixth straight week of builds in U.S. crude inventories.
Brent has declined from a 2018 high of $86.74 in early October amid growing concern over a possible slowdown in global growth as the U.S-China trade dispute heats up and hits emerging market economies in particular.
“Oil investors are now betting on the potential of a global slowdown,” said Bruce Xue, an analyst with Huatai Great Wall Capital Management.
China’s manufacturing sector in October expanded at its weakest pace in over two years, hurt by slowing domestic and external demand, in a sign of deepening cracks in the economy from the trade war with the United States.