By Onome Amuge
Crude oil prices fell on Thursday after data by the Energy Information Administration (EIA) showed an inventory plunge of 5.2 million barrels for the week in the United States. This, market watchers said, indicated a weaker-than-expected fuel demand in the world’s top oil consuming nation. 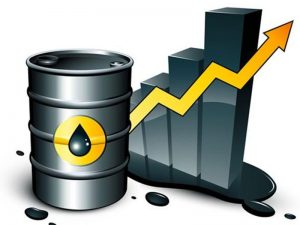 Data gathered by the EIA showed that U.S crude oil stockpiles, including the Strategic Petroleum Reserve (SPR), declined for the 11th consecutive week as refiners ramped up output, but fuel inventories rose sharply due to lower-than-expected consumer demand. It was further reported that crude inventories, excluding the SPR, fell by 5.2 million barrels in the week to June 4 to 474 million barrels, the third consecutive weekly decline.
In India, the world’s third-largest oil consumer, fuel demand is still at its lowest since August last year, with a second Covid-19 wave hindering transportation and reducing economic activity in the world’s second most populous country.
Analysts are however optimistic oil prices will gather strength in the coming days, mostly triggered by the rebound in demand for fuel in several European countries  and OPEC+ plans to not rush with the easing of its production cap.
Analysts from ANZ Research said an acceleration in covid-19 vaccinations and rising traffic numbers are a plus for demand for transportation fuel, especially in the U.S which had just entered summer, its peak driving season.
Another development expected to weigh on prices is Libya’s Waha Oil Co readiness to return to normal output operations on Thursday after fixing a leak on a pipeline that more than halved the company’s oil production.