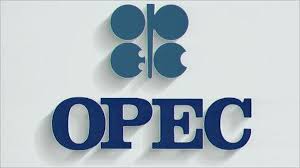 Oil prices rose gains on Tuesday, supported by hopes that demand may rise more quickly if talks between U.S. and Chinese officials resolve the trade dispute between the world’s two biggest economies.

A possibility that OPEC-led supply cuts could be extended also supported prices.

“The trade situation is definitely bullish; you have a good demand construction if we can wrap up this trade deal,” said Bob Yawger, director of futures at Mizuho in New York.

The talks are going well so far and will continue on Wednesday, U.S. delegation member Steven Winberg said.

These are the first face-to-face meetings between officials from the two countries since U.S. President Donald Trump and Chinese President Xi Jinping agreed in December to a 90-day truce in a trade war that has buffeted global financial markets.

On Monday, U.S. Commerce Secretary Wilbur Ross said there was a “very good chance” of reaching a settlement, while China’s foreign ministry said Beijing had the “good faith” to resolve the dispute.

Some analysts warned, however, that the relationship between the superpowers remained shaky and tensions could flare anew.

S&P Global Ratings said it had lowered its average oil price forecasts for 2019 by $10 per barrel to $55 for Brent and $50 per barrel for WTI.

Crude prices so far in 2019 have been buoyed by supply cuts from the Organization of the Petroleum Exporting Countries including top exporter Saudi Arabia, and allies including Russia.

Saudi-based Arab Petroleum Investments Corp, which funds petroleum projects, estimated that oil prices are likely to trade at $60 to $70 per barrel by mid-2019.

Looming over the OPEC-led cuts is a surge in oil supply from the United States, now the world’s top producer, driven by a steep rise in onshore shale drilling.