Oil-rich Rivers State plans to spend N483.17 billion in the 2022 fiscal year as Governor Nyesom Wike presented the appropriation bill to the state House of Assembly for consideration. He christened it a budget of consolidation. 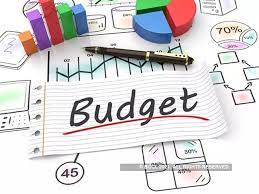 He said the policy thrust for the 2022 appropriation bill will focus on the state’s quest for greater economic growth and fiscal consolidation, enhancing jobs and wealth creation, building first-rate economic infrastructure, and achieving equity and social protection through poverty reduction and economic inclusiveness.
The governor assured that his administration succeeded significantly in managing the resources of the state by building a strong economy relative to most other states of the federation.
According to him, real tangible growth figures were also posted consistently, which is in excess of 5 percent year-in-year-out, especially for the last two years.
“Within Nigeria, our economy is not only stronger than 90 percent of the other states; it has continued to perform better than most others in terms of real economic growth, fiscal consolidation, debt-to-gross domestic product ratio and internal revenue generation.
“The 2022 budget is crafted within the framework of the State’s Medium Term Expenditure Framework, the State’s Economic Strategy Paper, the national economic outlook and the state’s economic growth projections, coupled with the various development instruments and programmes,” Governor Wike said.
He said the projected recurrent expenditure is N144.76 billion, which represents about 30 percent of the total budget size for the 2022 fiscal year. According to him, the projected estimates for capital expenditure is N314.90 billion, representing about 65 percent of the total budget size.
The governor stated that the 2022 budget is pegged on the assumptions of the crude oil benchmark of $50 per barrel, national crude oil production estimates of 1.7 million barrel per day; currency exchange rate of N410 to the dollar; GDP growth rate of between 3 percent for the medium term; and inflation rate of 13.5 percent.