With Nigeria evidently out of the picture, the Organisation of the Petroleum Exporting Countries (OPEC) in its 2021 world oil outlook, has rated Africa’s refining outlook high, going into the post-pandemic era. The global oil producers’ group said the continent’s producing capacity had phenomenally improved. 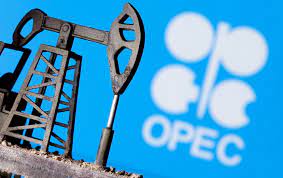 According to OPEC, Africa currently exports over a third of its extracted fuels. But in the long-term, the projected rise in the continent’s population and the continent’s increased desire for urbanisation will necessitate the continent consuming its fossil fuels locally, in a manner that meets global emissions standards.
Meanwhile, the continent is in need of increased investments in its oil downstream sector, particularly refining, either by upgrading existing facilities or through building new ones. This, however, runs contrary to the COP26 net-zero emissions campaign, which advocates for defunding of new oil and gas projects needed to achieve the 2050 net-zero target.
Nigeria’s vice president, Yemi Osinbajo, while in London ahead of the COP26 summit, called on the international community to understand that the plan to defund gas projects in the run up to the global net-zero emissions target would be unhelpful to developing countries like Nigeria.
With a total of 43 refineries, Africa has a total name-plate refining capacity of 3,217,600 barrels per day (bpd). In 2020, Egypt had the largest oil refinery capacity among the African countries, corresponding to 833,000 barrels per calendar day. Algeria and war harried Libya followed with refining capacity of 677,000 and 634,000 barrels per calendar day, respectively.
Nigeria, Africa’s biggest oil producer, is sorely missing on the African refiners’ club, as none of the country’s four refineries with combined nameplate capacity of 445,000 bpd is producing any barrel.
In June, the national oil company, NNPC Limited awarded a $1.5 billion rehabilitation contract for the country’s premier and biggest oil refinery – the Port Harcourt Refining Company (PHRC) with a combined capacity of 210,000 bpd. The other two – Warri and Kaduna are yet to be captured by the NNPC for repairs.
Given the above scenario, Nigeria is therefore completely absent in Africa’s refining upscale.
The OPEC report said one of the ways to finance the energy projects in Africa could be for governments to seek financial partnerships with the private sector for the expansion of their refining and petrochemical industries.
Africa’s medium-term outlook looks more optimistic relative to the WOO 2020, with 1.2 million barrels per day of new capacity expected by 2026, the report said, adding that half of this is accounted for by the 650,000 barrels per day Dangote project in Nigeria, which is likely to come on stream in 2022.
It said there are several smaller projects in West Africa, mostly located in Nigeria, Angola and Ghana.
The OPEC report also said the projects include a number of prefabricated modular facilities.
“Once commissioned, these projects will help to reduce product imports to Nigeria and West Africa and will, in turn, increase the use of local crude. In North Africa, refinery capacity expansions are likely in Algeria and Egypt,” the report added.
It noted that the African energy sector had made progress in recent years regarding energy policies that would enhance the continent’s socioeconomic development.
“The continent of Africa is home to an abundance of energy resources, including about 10 percent of the world’s oil reserves. However, it still has difficulty in harnessing these precious resources to meet its energy demand. This, in turn, hinders efforts to provide affordable and reliable energy required for economic growth and development. Africa has yet to unlock its huge potential in the energy sector, although its ever-increasing population growth and economic prospects require more energy. This drawback is mostly due to regional uncertainties, as well as government policies and regulatory frameworks guiding the energy sector; and more recently the efficiencies required to reduce CO2 emissions in exploration and production activities. These challenges have made it increasingly difficult to secure much-needed financing for E&P from foreign investors,” OPEC said.
Businessamlive Website Stats