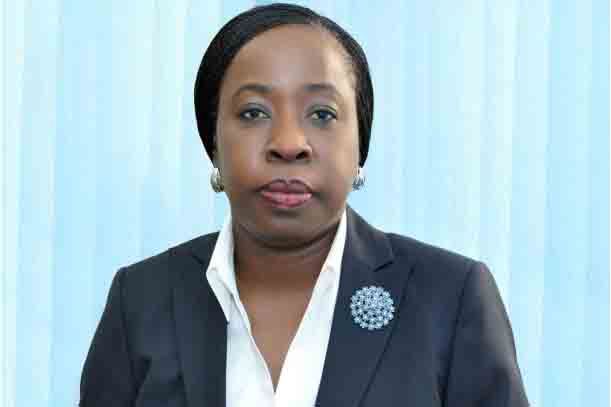 By Omobayo Azeez
The federal government of Nigeria, through the ministry of communications and digital economy, has charted a new five-year national broadband plan (NBP).

According to Isa Ali Pantami, the minister of the communications,  the need to boost broadband penetration from its present coverage of 37.8 per cent to over 70 per cent in the next five years necessitated the new plan.

Besides this, pervasive broadband penetration will certainly make Nigeria a truly digital economy, Pantami said at the inauguration of a 25-member committee to champion the plan in Abuja.

The new NBP Committee has Funke Opeke, managing director/CEO of Main One Cable Company Limited, as chairperson with Bashir Gwandu as co-chairman, while Ubale Maska, the executive commissioner, technical services, Nigerian Communications Commission (NCC) is to serve as the secretary.

Maska will be supported by four staff of the ministry in the secretariat, the Nigeria Communications Commission (NCC) said in a statement signed on Tuesday by Henry Nkemadu, its director of public affairs,

The committee is charged to develop a new National Broadband Plan that will be the guiding template for the development of this very important area of telecommunications.

“The Committee is to take a critical look at where we are after painstaking review of the 2013-2018 phase and the status of penetration now. The members are enjoined to also examine the challenges with a view to proffering solutions thereto.

“They should also look at the position of growing and emerging technologies among others. The new NBP has the collaboration and support of the United Kingdom (UK) Government,” the statement partly read.

The inauguration of the new Committee is a follow up to the launch of the National Policy for Digital Economy and Strategy by President Muhammadu Buhari, in November 2019.

Meanwhile, Pantami specifically told members of the committee to lay emphasis on the third pillar of the National Policy which accommodates broadband and data centre, key components for economic growth, and promotion of digital economy.

The Committee’s work, he explained, will address significantly one of the eight pillars and the remaining seven will also run as one of this all important pillar.

“The work of this Committee will go a very long way in supporting the national digital economic policy and strategy for the Federal Government because digital economy is strategically dominating the world economy today,” he said.

He explained that members of the Committee were selected based on their competence, integrity and professionalism, adding: “In all these, Nigeria comes first.”

Ms. Opeke who responded on behalf of the committee thanked the Minister for the opportunity to serve, saying that the target of the committee is to achieve at least 65-70 per cent broadband penetration across Nigeria in the next five years.

She said “the Minister had set the goal and I am sure the NCC is in agreement. We will look at the work of the last Committee and what was done, the prospects, the challenges that are still there in order to come up with a plan to achieve the set objectives.

‘‘We see what is going on with 5G all over the world, so we will address both at the Committee but I believe our objective is not to favour one technology over another but to figure out how we can get those critical services to many more Nigerians.

“So, we’ll be a mix of technologies but the objective is not to favour one technology over another or to be prescriptive but the right technology for the right purpose, the most competitive technology that enables us deliver services to all Nigerians,’’ Opeke said.

Earlier in his goodwill message, the Executive Vice Chairman of NCC, Prof. Umar Garba Danbatta said Broadband Infrastructure remains one of the top priorities of the International Telecommunications Union (ITU) to ensure people around the world have access to equitable and affordable broadband, wherever they are and whatever the circumstances they are in.

With adequate broadband infrastructure in place, he assured that everything else will fall into place.

‘‘The ability to deliver healthcare, best quality education even to generations unborn, ability to streamline transportation, meet up with Sustainable Development Goals (SDGs) and the ability to transform the economy into a digital one.’’

He pledged the commitment of the Board and Management of NCC, especially in the area of driving the infrastructure that will ensure that critical mass of ICT adoption in use will in time increase the level of broadband penetration in the country.