Telecommunications companies in Nigeria have reacted to the latest directive by the minister of Communicatrin and Digital Economy, Ali Isa Pantami, which called for immediate ban of voicemail (VM) services. 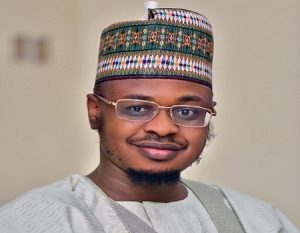 The minister described voice mail service as a conduit through which mobile number operators exploit their customers, thereby, ordering the Nigerian communications Commission (NCC) to make mobile network operators put an end to it forthwith.

In their reaction, the operators under their umbrella body, Association of Licensed Telecommunications Operators of Nigeria (ALTON) disagreed with the minister, stressing that VM, as a value-added service, is received by only those who opt-in to have it.

They explained that the current practice on some networks regarding VM is that once a subscriber calls and the recipient does not pick, the latter gets a voice prompt saying that the subscriber is not available.

This is then followed by the same voice asking the caller to record a voice message ‘after the tone’.

Gbenga Adebayo, ALTON President,  said “For the avoidance of doubt, you (as a consumer) are not billed anything, but if you delay, you may be charged for a few seconds, or for the time it takes you to record the message.”

He added that the recipient of the voice mail does not get charged for listening as the service for him or her is free.

The operators explained in a statement signed on Thursday by the association’s head of operations, Awonuga Gbolahan, recalled that MNOs reintroduced the VM facility to discourage people who “flash” continuously.

“Flashing wastes network resources and also degrades QoS reporting. This should not however justify the practice the way it is being done by some networks.”

Operators also noted that the issue raised by the Minister “is not a major policy issue within the meaning of S. 23&24 of the NCA which empower the Minister to formulate “general policy for the communications sector…” (after consultations organised by the NCC).”

They described it as a mere operational/consumer protection issue which the Ministry can simply call NCC’s attention to, but not issue a directive.

“It is a purely consumer related issues that minister refers to as a major policy issue and it also amounts to unnecessary interference by the Minister contrary  to Section 25  subsections 1 & 2 of the Nigerian Communications Act 2003.

Pantami had issued the directive to the sector regulator, NCC, to immediately ensure that issues regarding automatic voicemails are addressed on all existing phone lines.

The minister vowed that his ministry will neither overlook any acts, regardless of how subtle, that undermine the Anti Corruption Crusade of President Muhammadu Buhari nor condone any attempts to defraud Nigerians and indeed, all subscribers.

“In the light of this, the subscribers must be given the option of accessing the service via an activation code,” Pantami had said.