Nestle Nigeria, a leading consumer goods manufacturer in Nigeria, continues to report stable top-line numbers while its profit takes a beating due to the negative impact of the pandemic. The company reported a 1.1 per cent year on year revenue growth in full-year 2020 to N287.08 billion on the back of a marginal 0.7 per cent year on year rise in the third quarter 2020 revenues, while the company’s net profit continued to decline in double digits by -14 per cent. The tumbling performance of the company can be ascribed to the adverse effect from the high inflationary pressure, increased excise duty, value-added tax, and the coronavirus pandemic. 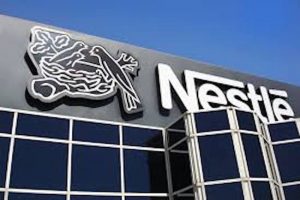 Nestle, in its recently released full-year 2020 audited financial statement filed to the local bourse, revealed that its revenue growth was driven by a 6.9 per cent jump in beverage revenues to N115.4 billion, and this was slightly offset by a 2.5 per cent fall in food revenue in 2020. The food segment had been underperforming until the third quarter of 2020 turned the corner in Q4 2020. Though, the food revenues shot up 9.2 per cent year on year to N48.3 billion, offsetting the 8.4 per cent year on year fall in beverage revenue in the final three months of 2020.

Also, the profit before tax for both segments of its product line declined in the full year 2020. Food segment profit slipped 15.8 per cent year on year to N39.6 billion, while the beverage segment profit edged 0.8 per cent lower to N24.8 billion in the year under review.

The company declared a total dividend of N70 per share in 2020 as against the N63.50 per share declared in 2019. And looking at the balance sheet, the company’s loans jumped to N40.2 billion, from a paltry N10.5 billion in the prior year, as the company raised N33.8 billion in loan from the related party in 2020.

Nigeria govt. turns sight on fizzy drinks in search of revenue, to impose tax on Coke, 7up, Bigi