The Plateau State Government has presented a budget estimate of N172.60 billion for 2020 fiscal year. 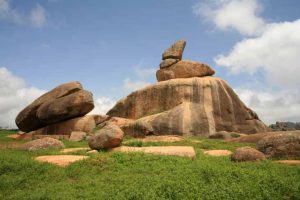 Governor Simon Lalong who presented the budget estimate disclosed that ” despite government’s effort at articulating prudent estimate projections, this year’s budget remains in deficit financing in the sum of Thirty Two Billion, Nine Hundred and Three Million, Two Hundred and Forty Nine Thousand Naira (N32, 903, 249, 000.00). This represents 19% of the budget size. Funds will be sourced locally and internationally to close this deficit gap as the need arises”.

According to governor Lalong, the funds allocated to personnel cost will be channelled to recruitment exercise and the review of the national minimum wage.

The allocation to Water resources will be used for “metering of water consumers, implementation of Open Defecation-Free Programme, Partnership Expanded Water Sanitation Hygiene Programme (PEWASH) and Rural electrification of identified Agric Hubs, Mining and Tourist sites while the allocation to Works will be for “completion of 28 road projects inherited from previous regime in addition to the 25 roads and bridges awarded by my administration and flagging off the operation zero potholes within Jos and Bukuru Metropolis immediately.”