The group representing thousands of RBS investors in a long-running legal claim over its 2008 rights issue indicated on Tuesday that it would settle its claim against the state-backed lender, dampening the prospect of its former chief standing trial.

Sky News has learnt that lawyers for, and directors of, the RBoS Shareholder Action Group informed a judge ahead of an 11am deadline that they would agree to an 82p-a-share deal that would cost RBS in the region of £200m.

The development – the latest in weeks of back-and-forth negotiations between the shareholders and RBS – may finally bring an end to hopes that Fred Goodwin, the bank’s former boss, will be required to give a public account of its near-collapse.

An action group spokesman confirmed to Sky News that it had accepted legal advice and would not proceed to trial.

There remains a slim possibility of a trial, based on claims on Monday night by Neil Mitchell, a businessman, that sufficient funds had been raised by a group of RBS investors to continue with the case. 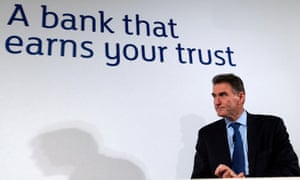 A meeting between Ross McEwan, RBS chief executive, and directors of the RBoS Shareholder Action Group last Friday failed to reach a final settlement between the two sides.

Insiders said the talks, which took place at RBS’ London offices, concluded without an agreement after Mr McEwan declined to increase a financial offer to the remaining claimants.

The remnants of the action group, which said at the beginning of last week that a majority of its 9,000 members had backed an 82p-a-share deal, had been scrambling to raise £7m to fund itself through the anticipated 14-week trial – which is due to kick off on Wednesday.

The judge in the case has already adjourned it three times amid ongoing settlement talks.

If the trial does somehow go ahead, it would be among the most keenly awaited events to follow on from Britain’s banking crisis of 2008, with former RBS boss Mr Goodwin expected to spend two days in the witness box.

Mr Goodwin, who was ousted as RBS’ boss as it was being bailed out with £45bn of taxpayers’ money in 2008, has never given a full public account of the crisis at the bank.

Earlier that year, he oversaw a £12bn rights issue aimed at shoring up the bank’s balance sheet – a fundraising that investors claim was based on misleading information.

Many of the former shareholders, some of whom rank among RBS’ current workforce, have accepted an 82p-a-share offer made last month, while a number of other claimant groups had settled for just over 40p-a-share.

Others, however, have been determined to see Mr Goodwin and his former senior colleagues appear in court.

Goodwin, along with Sir Tom McKillop, the former RBS chairman, are named alongside the state-backed bank as defendants in the case.

The Government continues to own more than 70% of the bank, and there is little prospect of it ever recouping the money it paid to avert its outright collapse.

To date, more than £100m has been spent by the bank defending the claims, a bill which includes the legal costs of Mr Goodwin and other former directors.

Those legal fees have drawn criticism from investors and politicians, but were defended by Sir Howard Davies, RBS chairman, at its annual meeting earlier this month.

Sir Vince Cable, who was business secretary in the 2010-15 coalition government, described the legal bill as “obscene”.