As the countdown begins for the Christmas and New Year celebrations, Nigerian insurance companies are caught in the web of meeting up with the first phase of recapitalization scheduled for 31st December 2020. 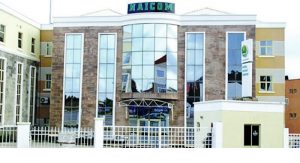 Insurers operating in the country are expected on that date to have raised 50-60 per cent of the minimum paid-up share capital set by the regulator, the National Insurance Commission (NAICOM) for insurance and reinsurance companies amidst covid-19 and the aftermath of the #ENDSARS protest, which has created a disruption within the economy.

A number of insurance experts have noted that the recapitalization policy is indeed a welcomed development as it aims to help improve the stability as well as the insurance sector performance, as it would reinforce the resilience and capacities of insurance companies.

Pius Apere, chief executive officer (CEO), Anchor Actuarial Services Limited, in a note to Business A.M. said: “The recapitalization would help insurers to be adequately capitalized to fund the rebranding campaign in the future in collaboration with NAICOM to regain consumers’ trust and confidence which would boost consumer awareness and demand for insurance, particularly in the retail end of the market, to drive insurance penetration and premium income from the largely untapped mass market segment”.

However, a recent development at the National Assembly, has seen the House of Representatives issue a directive to NIACOM to suspend the planned December 31, 2020, mandatory deadline for the first phase of meeting 50% – 60% of the minimum paid-up share capital for insurance and reinsurance companies.

According to the lawmakers, the suspension would extend for six months, from January to June 2021, in order to cushion the effects occasioned by the COVID-19 and other unforeseen circumstances on the insurance industry, as well as the social unrest across the country resulting from the hijacked #ENDSARS protest for which several insurance firms are in talks with clients for claims and settlements.

In a resolution titled, ‘Need to Suspend the Proposed Recapitalization of Insurance Companies, Insurance Intermediaries and Other Players in the Insurance Sector, especially in View of the COVID 19 Pandemic and the Economic Recession,’ sponsored by Benjamin Okezie Kalu and 15 other lawmakers. Kalu recalled that the original deadlines were May 29, 2019, for new companies, while June 30, 2020, was to apply to existing companies. He noted that as a result of the global pandemic there was a necessity to move the deadline forward and the need for the break in order to ease payment for insurers.

He said. “In addition to the negative economic impact of the COVID-19 pandemic, the Nigerian economy was just announced to be officially in a recession. This signifies that there will be a significant slowdown in economic activities and the liquidity position of both the government and businesses are seriously impacted, albeit, negatively.

“The best move by the government and by regulators is to push more liquidity into the economy in a bid to stimulate economic activities, encourage spending and prevent job losses as well as support the indigenous businesses in the country. This is pertinent because in addition to the impact of the COVID-19 pandemic, the industry was also affected by the aftermath of the #EndSARS protest in which several insured properties were affected and to this effect, most of these insurance companies have tonnes of liabilities to settle in order to fulfil their obligations so as not to deny the rights of these affected insured persons.

“These are the types of fiscal, monetary and regulatory approaches that are being adopted in most countries. Hence, it may not be suitable at this time for NAICOM to even proceed with its planned phased recapitalization programme because of the overall impact it may have on the already fragile economy and the insurance sector,’’ Okezie submitted.

The move by the lawmakers appears to offer a breather to those insurance firms under pressure to meet the new capitalization threshold as it affords them more time to adequately canvass the required capital or face the hammer from the industry regulator.

On the other hand, insurance experts have pointed to the directive by NAICOM as representing a panacea for the rebuilding of the capital base of insurance firms, as well as being a giant stride to ensuring stability and resilience within the industry.

Top 10 business trends that will drive success in 2018