Warning: Declaration of SlideshowErrorHandler::log_error($num, $str, $file, $line, $context = NULL) should be compatible with GalleryPlugin::log_error($error = NULL) in /home/elglo/public_html/businessamlive.com/wp-content/plugins/slideshow-gallery/includes/errorhandler.php on line 0
 Reps to probe commercial banks over alleged illegal, excess charges from public, private accounts – Businessamlive
The House of Representatives on Wednesday, resolved to investigate some commercials banks over alleged illegal and excess charges on public and private accounts. 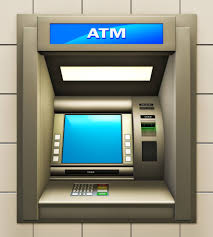 The House said that the act amounted to outright stealing of customers’ money, fearing that it may have been a victim. The resolution came on the heels of a motion under matters of urgent public importance moved by Yususf Adamu Gagdi (Plateau, APC). Moving the motion, Gagdi said that the experiences of individuals, public institutions and corporate customers of banks have been that of mixed feelings as excess and illegal debits on accounts held by customers in the name of bank charges have been very disturbing.
He added that various charges ranging from automated teller machine, ATM, charges, account maintenance fee, card maintenance charges, SMS notification charges, token maintenance fees, to stamp duty fees, amongst others, have been sources of worries to customers across the country.
He said: “The House is saddened that the National Assembly, specifically the House of Representatives and other government institutions and agencies saddled with the responsibility of regulating the industry and protecting the interests of the general public, being customers of these banks, are also victims of these excess and illegal charges by their bankers.
“Worried that while we may choose to color or dress the language used to qualify the action of these banks by merely referring to it as excess charges, the reality remains that it is an outright stealing of customers’ deposits by banks and every hand must be on deck by any affected customer including the House of Representatives to seek redress in one way or the other.”
He noted that although the Central Bank of Nigeria (CBN) has intervened on this issue on countless occasions, many of these illegal charges have continued unabated for a number of reasons which includes but not limited to the size of the amount, logistics and cost of following the matter through to conclusion.
He, therefore, asked the House to investigate the matter. Adopting the motion, the House mandated its Committee on banking to liaise with professional financial consultants to investigate and determine the extent of excess charges on the House of Representatives accounts, other public institutions and individuals held in various banks to determine the extent of excess charges in the last 8 years.
The Committee was given 4 weeks within which to conclude and report back to the House with recommendations for further legislative action.

Cyber extortion: The next new scramble