Rice processors in Nigeria have cried out to the federal government to take more urgent and drastic actions to stop pecuniary-conscious smugglers from importing expired and unhealthy rice into Nigeria all in a bid to make quick profit. 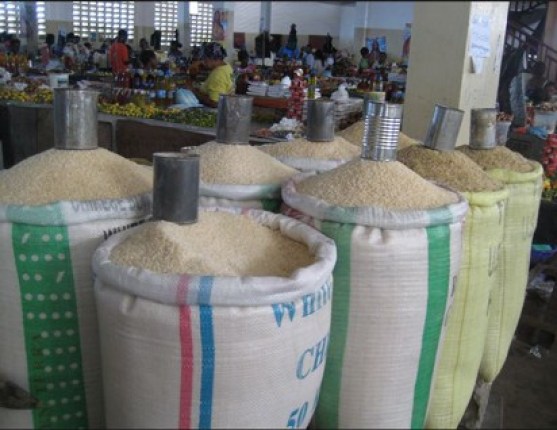 The rice processors under the aegis of Rice Processors Association of Nigeria, RIPAN, made the call shortly after a crucial close-door parley with the acting chairman of the Economic and Financial Crimes Commission, Ibrahim Magu, in Abuja.
Paul Eluihawe. the vice chairman of RIPAN, who led a five-man delegation to brainstorm with EFCC top officials on how to curb the menace of rice smuggling, lamented that the evil men had by their unpatriotic activities forced them to shut down their local production plants or drastically cut production.
Eluhaiwe pointed out that their production had drastically slumped as a result of smuggling, forcing their members who used to produce and sell at least ten trucks of rice daily to a paltry two trucks daily.
“In the current situation in which we have found ourselves, we have to cut down on our staff, close part of our operations and manage to keep afloat since the smugglers have continued to ship in expired and unhealthy rice into the country through land borders across the country,” Eluhaiwe lamented.
“We have come to EFCC to discuss with them the dangers of rice smuggling into Nigeria via many routes in the federation. It has been happening and it is getting to the highest level that we can no longer sell our rice since January this year.
“It has got to a point that all Nigerians must stand up to do something about the uncontrolled smuggling of rice into the country, a dangerous trend that is directly killing the local rice production plants and farmers.
“But the good news is that the government is as concerned as we are and we have come here today to report our findings to the EFCC and we understand that it is planning to work with Customs to checkmate the rising rice import, which does not do any good to anyone in Nigeria except the smugglers and their collaborators abroad,” he said.
Also speaking, Abba Danbatta, a member of RIPAN, lamented that the continuous smuggling of inferior rice into the country has almost wasted the N200 billion, which the federal government, through the Central Bank of Nigeria invested in the rice industry in the last two years.
It was learnt however that the EFCC and the Nigeria Customs Service hve drawn up a strategy to counter the rice smuggling syndicate, which had heightened their nefarious operations almost unchallenged in recent months across the country’s porous borders.
Businessamlive Website Stats