Samsung shares are trading at a near-record high of 2.4 million won as of Thursday, as investors look forward to record earnings in 2017 driven by growing demand for chips capable of powering ever more complex servers and smartphones.

On Tuesday, the company said it would invest $18.6 billion to extend its lead in memory chips and next-generation displays.

Samsung did not elaborate on its April-June performance and will disclose detailed results at the end of July. Even so, analysts have tipped its chip division to propel the firm to record overall profit. 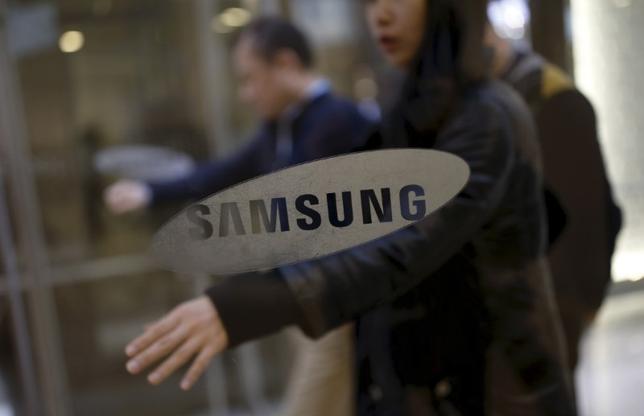 Employees walk in the main office building of Samsung Electronics in Seoul, South Korea, in this file photo taken on January 6, 2016.

The memory chips industry is widely Tech giant Samsung Electronics Co Ltd 005930.KS on Friday estimated a record quarterly operating profit for April-June, propelled by a memory chip boom that analysts say will continue to pad margins for the rest of 2017.

Revenue likely rose 18 percent from a year earlier to 60 trillion won, also a quarterly record, versus analysts’ forecast of 59 trillion won. The South Korean firm did not elaborate and will release detailed earnings in late July.

The robust estimates reinforce expectations for best-ever earnings for Samsung this year, fuelled by a so-called memory chip supercycle. Analysts predict shortages for both DRAM and NAND chips to persist for the rest of this year due to limited supply growth and demand for more computing power on smartphones and servers, padding margins for memory makers.

Another profit driver has also emerged in the form of organic light-emitting diode (OLED) displays. Samsung has a stranglehold on the market for the bendy, next-generation screens which are widely expected to be used for Apple’s latest iPhones, due out by October.

Samsung shares were down 0.3 percent in early Friday trade, compared with a 0.2 percent fall for the broader market, as the strong earnings outlook was already priced in. The stock is up more than 30 percent this year and hovering near all-time highs.

While analysts say the memory chip industry will ride a super-cycle for several years on the back of consolidation and new demand from services such as cloud computing and artificial intelligence, its growth rate may slow from the massive jump expected this year.

Samsung said on Tuesday it would invest $18.6 billion to extend its lead in memory chips and next-generation displays, a move likely to ease shareholder fears that major decisions were on the backburner while Vice Chairman Jay Y. Lee fights bribery charges in court.

On the mobile front, sales prospects for the Galaxy Note 8 will be closely watched in the third quarter, after its predecessor was pulled from the market last year due to fire-prone batteries.

Samsung is preparing to unveil the handset in August, a source told Reuters, underscoring the firm’s desire to continue the Note brand.