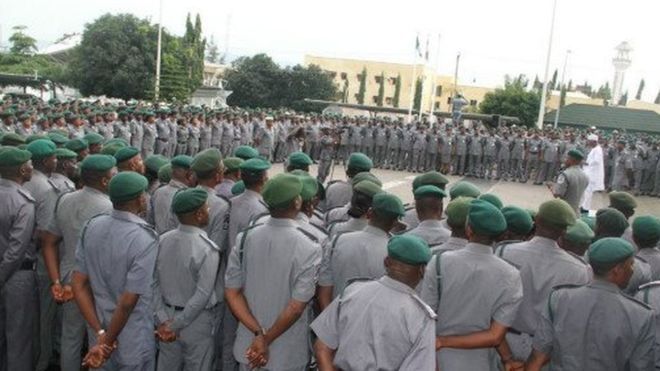 The Nigerian  Senate on Tuesday, approved a N238.14 billion for the Nigeria Customs Service for 2020.

Prior to the approval, some lawmakers complained that the report presented was incomplete.

They also argued that the Customs Service still collect money from the federation despite the seven per cent shares it gets from collection.

The approval followed the presentation of the report of the Senate Committee on Customs, Excise and Tariffs which considered the proposed budget for the Service.

Chairman of the committee, Francis Alimekhena (Edo North), who presented the report, said the budget is based on the federal government’s Medium Term Expenditure Framework (MTEF).

The chairman noted that provision has also been made for purchase of surveillance equipment for the border posts, given the security challenges, operational boats for anti-smuggling activities and purchase of power generators.

He added that provision is also made for the construction of new zonal offices, multipurpose theatres, warehouses, barracks and housing accommodation across the headquarters, zones and area commands.

According to him, this will enable the agency efficiently interconnect with all relevant trade ecosystem partners and all-round automation of all manual payments in every custom formation.

Some highlights of the bill include; implementation of the Nigeria Customs Service Salary Structure for 15,892 officers and men of the Service; recruitment of 3,200 officers and their training and provision for payment of annual premium on both Group Life/Personal Accident Insurance as provided in the new pension scheme as well as to settle part of outstanding claims of deceased officers.

He thereafter, urged his colleagues to approve the amount, “as the task for the Nigeria Customs Service are enormous at this period of international security threat and dwindling economies.”

Given the importance of the agency in terms of economic stimulation, trade facilitation, revenue collection and security at the borders and ports, the Committee hereby urges the Senate of the Federal Republic of Nigeria to give the budget a speedy passage,” he said.