Operating in Nigeria as Shell Petroleum Development Company (SPDC), international oil company, Shell, which has joined other businesses to review its investments in Russia over the invasion of Ukraine, but which is contesting a judgement debt of N800 billion (or $1.95 billion) awarded the Egbalor, Ebubu community in Eleme Local Government Area of Rivers State over environmental 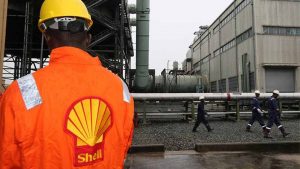